My mother the terrorist 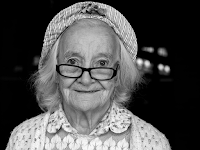 Like many of you, I love the fact that there is an editor who reads my drafts.   It makes me a better writer, to say the least.   I've come to the conclusion that the Biden White House needs someone to edit their messages.  Why?  Because they have the mother of all message problems.

Check this out -- the newest episode of "My Mother the Terrorist":

At issue is a new DOJ effort to combat an alleged increase in violence and threats directed at schools boards and other school officials. Many parents have been attending meetings across the country to voice their displeasure with COVID-19 restrictions and the use of critical race theory in curricula.

"Threats against public servants are not only illegal, they run counter to our nation’s core values," Attorney General Merrick Garland said of the effort in a statement Monday. "Those who dedicate their time and energy to ensuring that our children receive a proper education in a safe environment deserve to be able to do their work without fear for their safety."

Yes, let's intimidate those moms convinced that schools are no place to teach their kids about gender equity, homosexuality or that every white person is responsible for all of the sins of mankind.   Let's punish that mom and dad who thought that their kid was learning how to write and read, not hate people based on their skin color.

Attorney General Garland should have cleared this one with an editor because he may have just elected Glenn Youngkin as the next Governor of Virginia.  Beyond that, it confirms that this is a tone-deaf administration, from talking about surveilling $600 bank transactions to repeating the nonsense that the border is closed.

Our cities are engulfed in crime.  Gasoline is higher and higher.  Inflation is real.  Nevertheless, the Biden administration wants to go after terrorist moms.