Friday's video: Good unemployment numbers and the latest from the US Senate races

Good unemployment numbers and the latest from the US Senate races: https://t.co/ZIYetiFd6Y via @YouTube
— Silvio Canto, Jr. (@SCantojr) May 4, 2018

Andrew White pandering to the Hispanic left in Texas

We have a Democratic primary runoff in Texas on May 22.  Lupe Valdez, who got 42% the first time around, is facing Andrew White, the son of former governor Mark White and someone whom I did not know anything about prior to the primaries.
Miss Valdez is catching a lot of criticism because she can’t speak clearly about enforcing immigration laws.  To be fair, the Hispanic left wants her to say she won’t enforce S.B. 4, our anti-sanctuary cities law recently blessed by a federal court.
It would be totally foolish for a Democrat nominee to say she is not going to enforce a state law.  What other law won’t she choose to enforce?  This is an automatic ticket to getting 35% of the vote in November.
Mr. White has his own problems with the Hispanic left.  He was forced to sell a business, as we see in this report:

Democratic gubernatorial candidate Andrew White, facing continuing controversy over his ownership in a Houston company with border-security ties, said Tuesday he plans to sell the firm if he wins his May 22 runoff election.
White, who was confronted at a Sunday political town hall event in Austin about his ownership of Geovox Security Inc., said he has been trying to sell the company for three months and plans to do so if he becomes the nominee.
White is facing former Dallas County Sheriff Lupe Valdez, who has been facing questions of her own about her enforcement of federal immigration laws.  Those questions were raised at the same forum.
“I want to be above reproach,” White told the Houston Chronicle on Tuesday.  “Nothing else that I have interests in markets to the government … I am marketing the business, have been for the last three months or so, I and I plan to sell it before the general election.”

So he plans to sell?  Or has it for sale, I guess?  Where is this guy’s backbone?
It’s hard to see how Miss Valdez or Mr. White can win in November.  I don’t take victories for granted and we trust that Governor Greg Abbott does not, either.
Valdez and White are sad examples of what has happened to the Democrats in Texas.
PS: You can listen to my show (Canto Talk) and follow me on Twitter.

And then we hear that the Hispanic unemployment rate is 4.8%

Between retractions of news stories based on sources close to the investigation and the latest from Stormy Daniels, we see this in news reports:


The unemployment rate for black workers dropped to 6.6 percent, beating the previous record low of 6.8 percent set in December.
The jobless rate for Hispanics fell to 4.8 percent, tying the record reached last year and in 2006.

Something good is going on out there between the coasts.

Bad day for the Mueller probe

Bad day for the Mueller probe:  U.S. judge says Mueller should not have 'unfettered power' in Russia probe!

Then it really got interesting:   Judge in Manafort case says Mueller's aim is to hurt Trump.

A few months ago, I raised deep concerns about independent counsels with unlimited powers.

Like many of you, I asked:  where is the crime?

We posted that Mr. Mueller was tone deaf when he staffed his team with lawyers who were Democrat donors.   Didn't it occur to Mr. Mueller or Assistant AG Rosentein that impressions matter?

At the beginning of this inquiry, I trusted Mueller and the integrity of the investigation.    A year later, and no evidence of collusion, I'm having serious doubts about the whole thing.

Mr. Mueller owes the country an update on his investigation.    We need to see the document that he is operating under.   And we need to hear what he is doing and where he is going.

Otherwise, AG Sessions needs to shut this down and stop the harassment of people who committed no crimes. 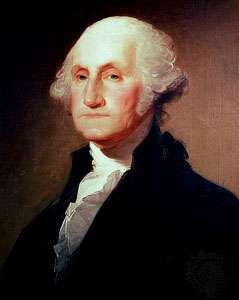 Check this headline: More than 200 George Washington University students have signed a petition calling on the school to adopt a new mascot and nickname, saying the current “Colonials” moniker “has too deep a connection to colonization.”.
Let me repeat.   It’s time for these students to find another school.   Or, maybe another country.    Or, another planet.
I am sick of political correctness. George Washington is one of the greatest figures in world history.    There is nothing offensive about President Washington, his life, his public service or a mascot called “Colonial”.
Maybe these students should go to another school and stop insulting our intelligence.
PS: You can listen to my show (Canto Talk) and follow me on Twitter.
Posted by Silvio Canto, Jr. Post Link ---> 8:30 PM

April 2007: The baseball (not polar) Cubs got snowed out!

Here it goes. Have you ever seen such freaky spring weather? Did someone forget to send Mother Nature a copy of Al Gore's speech?

OK. It's just bad timing. However, someone forgot to tell Mother Nature that spring is here.