A chat with Leslie Eastman & Dawn Wildman about California

Wednesday’s video:
The January 6th hearing travesty
Click to watch:
P.S.  You can listen to my show (Canto Talk).  If you like our posts, click send, and drop a dime here.
Posted by Silvio Canto, Jr. Post Link ---> 10:30 AM

Where are the Texas fugitives? 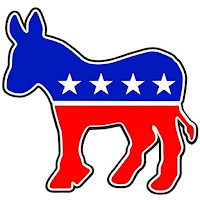 Every morning, I pick up my Dallas Morning Newsand check the front page.  I can't recall the last time that "The Texas 57" were a headline or front page story.  I don't see them anywhere.   Maybe they are busy Zooming each other in the nation's capital.

President Biden won't see them.  I think that's common sense given that the President is 78 and you don't want him around people who have got COVID.  Nevertheless, the "57" are not happy.  The President spent the entire campaign "Zooming" from his home and now can't find 10 minutes for them.  I can't prove it but maybe the President doesn't care what their tactics.

The latest is that Speaker Dade Phelan signed a warrant to apprehend state Rep. Philip Cortez from the Houston area.  I am  not sure how effective this will be but it's today's news.

The "Texas 57" are facing a few realities:

1) Nobody is talking about them.  At the same time, they get more hysterical every time that someone turns on a microphone; and,

2) The U.S. Congress is not helping much, according to this analysis in the Texas Tribune.

Over the past few days, the Texas delegation has met with nearly all the most powerful Democrats in Washington, save for President Joe Biden. But there is not yet clear movement to revive the congressional Democrats’ federal voting legislation.

So what happens now?   Not much.  The House's bill will die in the Senate and few members of Congress want to run the risk of infection.

My guess is that this gang left Texas convinced that voters would build each one a statue in Austin.  Instead, they are now the source of jokes and getting angry at everyone.  It does not get better than the "2021 Bum Steer of the Year".