A leftist president in Mexico? 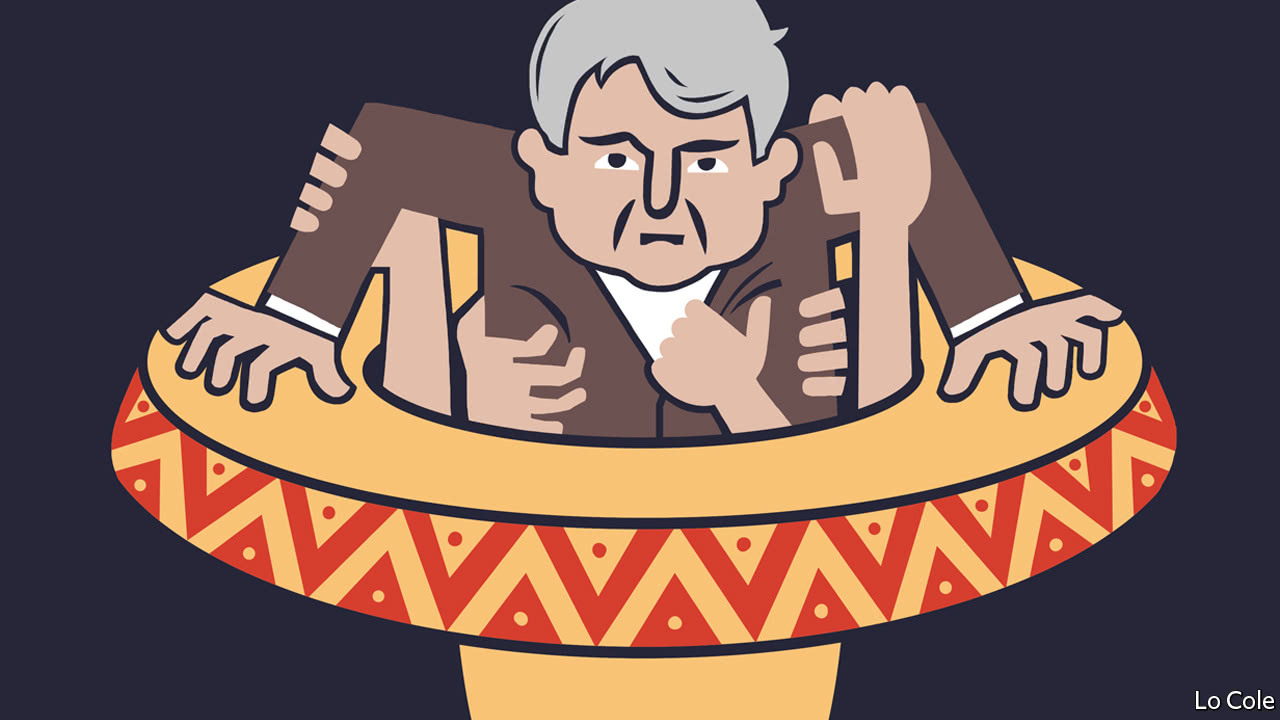 His full name is Andres Manuel Lopez-Obrador. They call him AMLO, LO or his supporters call him Andres. He’s been around for 30 years preaching a leftist populist message that does not really sit well with Mexico’s upper and middle class. In other words, he is not as popular in Mexico as the international press leads you to believe.
According to polls, Sr. Lopez-Obrador, the former Mayor of Mexico City, is in a strong position to win the Mexican presidency.
We say according to polls because the campaigning has just begun.
We don’t know how reliable polling is in Mexico.
We do know that there will be more than two candidates running, so a plurality is all you need to win the election. In fact, from Zedillo with 48% in 1994 to Fox 43% in 2000 to Calderon (36%) in 2006 to Peña-Nieto (38%) in 2012, the last four presidents won by a plurality.
My point is that Lopez-Obrador could win the presidency by getting less than 40% of the vote in a crowded field.
Lopez-Obrador would take Mexico to the left, although that may sound easier said than done specially without a clear mandate. So far, he has been singing a very populist tune, as we see in this update from the LA Times:

On Tuesday, Lopez Obrador told his supporters that while maintaining a relationship of friendship and cooperation with the U.S. is important, “we will not accept the mistreatment of migrants, or racist, hegemonic or arrogant attitudes.”
He also pledged to help Mexican farmers and ranchers compete with cheap imports from the U.S., promising subsidies, low-cost fertilizers and set prices for some crops. “In short, we are going to produce the food we consume in Mexico,” he said.
His nationalist platform has drawn comparisons to President Trump. So has his frequent name-calling of rivals. This week, he made headlines when he tweeted a photo of himself stuffing meat into a taco and a dig at Anaya and Meade. “Besides not visiting villages and hearing from the people, the spoiled rich kids of the power mafia miss out on succulent barbacoa,” he wrote.
But while Lopez Obrador has gone to lengths to portray himself as a man of the people who will stamp out the corruption of Mexico’s ruling elites, some complain that he has given few examples of how he’ll fix the problems.

And that’s “el problema.” Lots of promises not specifics!
Mexico’s “problemas” can not be fixed by getting angry at Trump or by setting prices on crops.
In fact, I would argue that Mexico should be liberalizing its agriculture sector. Much of the illegal immigration wave to the U.S. is about young men who leave the countryside and come north to work. In other words, Mexico’s countryside does not need more meddling from government.
As for NAFTA, Lopez-Obrador represents the left that always opposed the agreement. Unfortunately for LO, the NAFTA decision is likely going to be made before the next president takes over.
So is there an LO in Mexico’s future? The answer is twofold: Yes, there will be once again a Lopez-Obrador running for president but I am pretty confident that he won’t win the final prize.
But it’s Navidad and the election is months from now!
P.S. You can listen to my show (Canto Talk) and follow me on Twitter.
Tags: Mexico 2018 presidential elections To share or post to your site, click on "Post Link". Please mention / link to the My View by Silvio Canto, Jr. Thanks!
Posted by Silvio Canto, Jr. Post Link ---> 10:30 PM

Demography is destiny, whether we want to believe it or not.

Several years ago, Mark Steyn wrote about the West's self extinction in "America Alone", a book that will open your eyes about what our kids' future may look like.

By 2050, the world is going to look a lot different from today!

Let me say it again. The world is going to look a lot different in 2050. Some of us won't be around in 2050 but our children will!

Demography is destiny, whether we want to believe it or not.