Dems say lack of “humanitarian values” in Trump’s immigration proposal..& they support abortion after 20 wks...what about the value of life?

Wednesday's video: The NFL in trouble plus some thoughts about the Iran nuclear deal...

Always had my doubts about the Iran nuclear deal

Always had my doubts about the Iran nuclear deal: it started when Pres Obama didn’t submit it to the US Senate for ratification...bad stuff!
— Silvio Canto, Jr. (@SCantojr) October 11, 2017

Bad week for the left 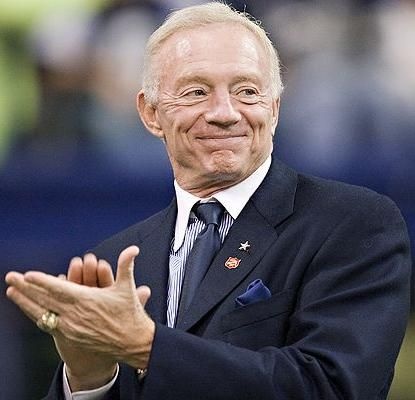 Jerry Jones got off to a very bad start in 1989 when he fired Coach Tom Landry. Since then he’s won three Super Bowls and earned my respect as one incredible businessman. The Cowboys are a hugely profitable sports franchise and he built one of the finest venues in sports.
In other words, Jerry Jones knows business and his reaction to the NFL problem proves it.
The NFL is in deep trouble. The latest Monday Night Football ratings were an all time low. I know that the Yankees were also playing but this is more than competition in the other channel. I think that a lot of fans like me are not watching.
So here comes Jerry Jones, as Jarrett Bell wrote:

“Too many of the fans of the Dallas Cowboys perceive this as disrespect for the flag. And so I don’t want our team doing it.”
This was a day after the Cowboys owner made his strongest statement yet about the protests in the NFL, declaring that if any Dallas player doesn’t stand for the national anthem they won’t play for his team.
Since his comments went viral, Jones maintained that he’s received “a lot of calls, and not necessarily the kind of calls that were supportive” of his position.

Well, he’s got my support. Most of my friends agree with him but I don’t claim it’s a scientific survey.
Like Scrooge in the famous story, Jerry Jones looked at the future and saw the NFL in deep trouble.
Jerry Jones is a businessman but he loves the Cowboys and the NFL. For example, he fired the famous Coach but has always promoted the history that Landry created here.
He also understands all of those people who buy tickets to the Cowboys’ games. He meets them before the games. He does countless talk show interviews and connects with fans. He also owns a team in one of the most patriotic regions in the country.
My guess is that Jerry Jones is working the phones and getting other owners to align with him. He is talking about “disrespecting the flag” but also about what all of this publicity is doing to the brand.
And no one knows more about “brand” than the owner of the Dallas Cowboys!
P.S. You can listen to my show (Canto Talk) and follow me on Twitter.
Tags: Jerry Jones stands up To share or post to your site, click on "Post Link". Please mention / link to the My View by Silvio Canto, Jr. Thanks!
Posted by Silvio Canto, Jr. Post Link ---> 7:00 AM

They talk a lot about global warming in Europe and Canada.   We do our share of talking here.


Where is the talk about the real threat facing Europe or the West for that matter?


Where are the marches calling on Europeans to get married and have at least two little babies.


Like a dead body of water, Europe is drying out in front of our eyes.


At current birth rates, there won't be any Europeans around to determine if the global warming predictions were a hoax or real!

"Europe needs more babies – the average continental family has a mere 1.37 children...Germany is similarly concerned – it could lose the equivalent of the population of the former East Germany within 50 years...Russia’s population is contracting at the rate of three quarters of a million a year: the resourceful Mr Putin is paying mothers to have a second child....The last thing we should be doing is bullying people to breed less." (The cry should go up in Europe: more babies, please by Melanie McDonaghon)

Furthermore, you can not preserve your values, culture and democratic ideas if you do not "seed the future" with your own people.


We inherited progressive values from our parents and ancestors who gave us life.  Don't we have a responsibility to bring life into the world and preserve our culture?

On birth rates, the US is holding its own.  Canada isn't.  Much of the West isn't either!


Furthermore, at current birth rates, Europe can't finance its massive welfare state!   Who is going to care for the old if there are no young people to work, pay taxes and defend a way of life?


What's behind the huge drop in birth rates?   Has Europe lost its soul?  Did it walk away from its Judeo-Christian heritage and replaced it with mindless secularism?

I don't know the answer to those profound questions.

Oops. I did not watch The Sopranos!

Based on many reviews, "The Sopranos" had a surprising end.

I guess that some people were hoping for some gigantic blow up or mass suicide.

Let me be honest. I did not watch the series.  So put me down as one of those who will have to go back and catch up with the old episodes.

It will take me a few years to do it so wait for my review whenever it comes.