'Unmasking' US citizens plus PC culture at universities with Frank Burke

Guest: Frank Burke, author, businessman and contributor to American Thinker.............we will discuss Marquette University's invitation to Angela Davis and other stuff going on in colleges and universities.....plus the story of 'unmasking Americans' and Ambassador Susan Rice...........and more stories............. .....check our friends at Audible.com for the best in audio books....... 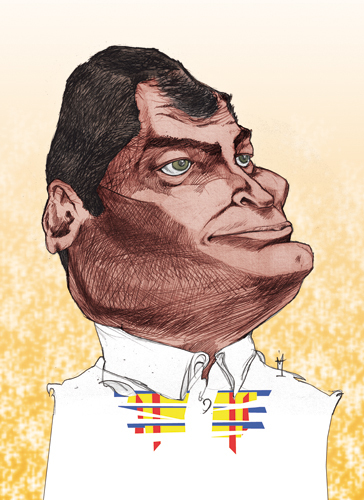 (My new American Thinker post)
Ecuador is bitterly divided over the presidential election last Sunday. Some experts are saying that Ecuador is bucking the movement to the right that we saw in Argentina and Brazil. Frankly, I would not jump to conclusions about an election that half of the country is not accepting. There are some rough days ahead for this little country in South America.
Down in Ecuador, we saw protests again:

Supporters of Ecuadorean opposition leader Guillermo Lasso gathered in the streets for a second night Monday to protest what they consider fraud at the ballot box that tilted a presidential runoff in favor of his leftist rival.
Sunday’s razor-thin election win by ruling party candidate Lenin Moreno bucked the trend of right-wing electoral victories in South America following 15 years of leftist domination.
Even as calls from Latin American governments congratulating Moreno poured in, Lasso, a conservative banker, vowed to keep up the fight against the installation of an “illegitimate” government.

The current score is Lenin Moreno 51%, Guillermo Lasso 49%, with 99% of the vote reported. The raw numbers are roughly 200,000 out of 4.8 to 5 million votes.
Lasso is challenging results because several exit polls had him up, one by 5-6 points.
The right is pointing out that there were serious problems with the official website counting votes, i.e. memories of 1988 Mexico when the official computer crashed.
Furthermore, violence was also reported in some provinces and it may have been related to voter suppression.
The other issue is that the right just does not trust the bureaucracy put together by incumbent President Rafeal Correa, a leftist leader who has divided the country terribly. Let’s call it “Deep state Ecuador style”.
Back to the article:

Part of the problem is the opposition’s distrust of the National Electoral Council, which it says has become an appendage of the executive in the way the electoral board in Venezuela has all but lost independence under President Nicolas Maduro, a key ally of Correa.
“We’re looking at an unprecedented situation: those behind the fraud are the judges themselves,” Lasso told foreign reporters, adding that his campaign would seek a recount once the results are certified. “We expect they’ll deny our requests but in doing so they’ll be confirming the fraud.”
Despite such heated rhetoric Lasso so far has failed to present any evidence of vote tampering except for a single voting act of 248 ballots from a rural area whose tally is says was reversed in favor of Moreno when official results were computed.

The left will probably win this one thanks to the “deep state”.
Again, it’s not what the country needs. Mr. Assange in London may be the only person in the world who feels good about this count.
P.S. You can listen to my show (Canto Talk) and follow me on Twitter.
Tags: Ecuador elections 2017 To share or post to your site, click on "Post Link". Please mention / link to the My View by Silvio Canto, Jr. Thanks!
Posted by Silvio Canto, Jr. Post Link ---> 8:00 AM