Immigration raids and other stories from week 4 of President Trump

Immigration raids and other stories from week 4 of President Trump........Listen in now at https://t.co/ATvJBPZyST. #BlogTalkRadio
— Silvio Canto, Jr. (@SCantojr) February 16, 2017

US-Latin America stories of the week Tags: Immigration issues in the US, US-Mexico, Brazil and Uber, Venezuela and the Trump administration To share or post to your site, click on "Post Link". Please mention / link to the My View by Silvio Canto, Jr. Thanks!
Posted by Silvio Canto, Jr. Post Link ---> 4:30 PM

A look at the political landscape with Dr. Daniel Bonevac 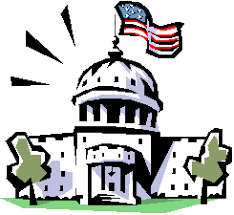 Yes, the media need to listen rather than bark

For the last few days, we’ve seen the media rediscover their bark.  They are suddenly curious about everything after eight years of just going along.  Best of all, they don’t understand why the public, or their consumers, don’t take their barking seriously anymore.
The media’s problems did not begin today.  The Gallup polls about the media tell you the same story over the last few years:
2004: Media Credibility Reaches Lowest Point in Three Decades
2015: Americans’ Trust in Media Remains at Historical Low
2016: Americans’ Trust in Mass Media Sinks to New Low
Maybe all the polls are wrong again.  However, there is reason for the media to take their credibility problems a bit more seriously.
Love him or hate him, President Trump was correct when he told the media this week that the people do not believe them.  In fact, they trust him a bit more, according to another poll.
Polls aside, anecdotal evidence confirms that the public does not really trust the media.  Have you met anybody who thinks the media are truthful?  Have you really?
The media have themselves to blame here, and it really goes back to 2008 when they jumped on the Obama bandwagon.  It was like watching a bunch of teen girls at a Donny Osmond concert.
Ed Rogers got it right:

And so, under President Barack Obama, fake news took on a slightly different spin as Democrats worked to promote the sainthood of Obama and the mainstream media ate it up. Journalists couldn’t do enough to help him get elected in 2008.
Then, after he was elected, they let him get away with making claims such as “If you like your doctor, you can keep your doctor,” and later in his presidency, allowed him to go virtually unchallenged when his administration brazenly blamed the Benghazi attacks on a bizarre YouTube video.
There is no better example of how the Obama administration used the concept of fake news to twist perceptions in Washington than the New York Times Magazine profile of Ben Rhodes, the lightweight senior Obama foreign policy adviser who “shaped narratives” and essentially manipulated a willful press into reporting what he wanted it to say, regardless of the truth.
The fake-news phenomenon also made its way to Congress, highlighted by then-Senate Minority Leader Harry Reid’s (D-Nev.) outlandish statements on the Senate floor that then-presidential candidate Mitt Romney hadn’t paid taxes. It was patently false, and Reid knew it, but he did it anyway, later saying it was “one of the best things” he had ever done.

By the way, I would add the IRS, Fast & Furious, and the collapse of the Middle East to all of those problems that the media chose to overlook to protect the Obama presidency.
Yes, the media bias got Senator Obama elected and President Obama re-elected.  The media got their man but lost a significant chunk of the nation watching reporters too eager to accept whatever story the White House was peddling.
I wonder how 2012 would have turned out if the media had been outraged at the video explanation about Benghazi.  Four Americans are dead, and you are blaming it on a YouTube video in a region of the world where hardly anyone has access to the internet?  Where was Don Lemon of CNN when we really needed him?
Suddenly, the media have discovered investigative journalism.  Now, they want to analyze everything, from the stupidest of conspiracy theories to what President Trump is having for breakfast.
Will the media get their credibility back?
Listen to what customers are saying, and bring a little bit more fairness to the coverage.
P.S. You can listen to my show (Canto Talk) and follow me on Twitter.