Illegal Leaks in Washington plus a terrible tragedy in San Antonio 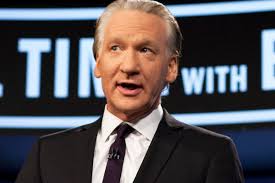 Back in 2008, we posted about Bill Maher's attacks on Pope Benedict.

We debated with several friends whether or not Bill Maher should've been fired for making hateful remarks about the Pope.

Let's remember what he said:


“Whenever a cult leader sets himself up as God’s infallible wingman, here on Earth, lock away the kids. Which is why I’d like to tip off law enforcement to an even larger child-abusing religious cult. Its leader also has a compound, and this guy not only operates outside the bounds of the law, but he used to be a Nazi and he wears funny hats. That’s right, the Pope is coming to America this week and ladies, he’s single!
“Now I know what you’re thinking: ‘Bill, you shouldn’t be saying that the Catholic Church is no better than this creepy Texas cult.’
For one thing, altar boys can’t even get pregnant. But really, what tripped up the little cult on the prairie was that they only abused hundreds of kids, not thousands, all over the world. Cults get raided, religions get parades.
How does the Catholic Church get away with all of their buggery? Volume, volume, volume!

Again, should HBO have fired Maher?   I said no then and same still today.   It's a free country and Maher can say whatever he wants.

Should you fire HBO for keeping an idiot like Maher on the air?

We have the power to cancel our subscription to HBO.

Believe it or not, there are options to HBO.

There are other things that you can watch on TV.

Don't send Maher a nasty letter. Don't waste your time. Just send a polite letter to your cable company, with a copy to HBO.

Maher's attack was the latest in a long list of attacks against Christians.  This is what Bill O'Reilly wrote about years ago:

Let me say it again. The feminist movement used to be about improving the lives of women.   It's all about carrying the Democrats' water these days.


Back in 2007, we learned about the plight of Miss Gibbons, the school teacher who created the "teddy bear" controversy.


It was this story that brought Tammy Bruce to my attention.   She is an author and currently a contributor to Fox News.

"There has been appropriate international outrage over the treatment of Gibbons, from virtually everyone except American “feminists.” Multiple Muslim groups in the U.K. have condemned the sentence.

Even the popular little boy in Mrs. Gibbons’ class who suggested the name for the bear came to her defense, explaining that he named the bear after himself.
Yet, when asked by FOX News for a comment about the situation, a National Organization for Women spokeswoman said they were "not putting out a statement or taking a position."
This is how depraved the American left has become.

A little Muslim boy in Sudan shows more courage and conviction for a woman under fire than a bunch of women sitting in Washington, D.C., who preen themselves on being the premiere “advocates” for women.
It’s been apparent for years that the American feminist establishment is nothing more than a shill for the shallow leftists in the Democrat party, wrapping themselves in the feminist label for convenience.

Groups like NOW and Eleanor Smeal’s Feminist Majority, also amazingly silent in the past five years about Islamic terrorism and violence against women, use women’s issues as nothing more than slogans and chants in their efforts to gain political power."

So true. The US feminist movement is not about helping women. They are all about defending abortion, same sex marriage and the party left wing's agenda.

To say the least, I've been a huge fan of Tammy Bruce ever since:

Who knew back in 2006 that he would be president and that she would be one of his biggest critics?   They were just a couple of celebrities at war with each other back then.

Some were even comparing it to the Burr-Hamilton duel of 1804.

The Burr-Hamilton was a great tragedy. Hamilton was one of the great leaders of US history.

The Donald-Rosie feud didn't have the same consequences but it was entertaining to say the least.

Why is Mueller’s team full of Democrats?

“Sometimes I wonder” a song about abortion by Emily Holman

A few days ago, we got this amazing update about the situation in Venezuela. This is from my friends at Pan Am Post:

Cuba has an “occupation” army in Venezuela, according to Secretary General of the Organization of American States Luis Almagro.
He spoke at a US Senate hearing on Wednesday, July 19, during which he expounded on Venezuela and Cuba’s long-standing relationship.
“There are currently about 15,000 Cubans in Venezuela,” he said. “It’s like an occupation army from Cuba in Venezuela,” Secretary Almagro said during his testimony before US lawmakers.
The diplomat, who has strongly condemned Maduro’s dictatorial regime in Venezuela, said: “If we don’t seek to free the prisoners and restore power in Venezuela, there will be no solution to the problem… Néstor Reverol, Benavides Torres and General Zavarce are responsible for every gunshot and every death in Venezuela.”

That’s quite an update, to say the least. I was aware of Cubans in the Venezuelan “deep state,” from enforcing laws to collecting tax payments. I was not aware of so many Cubans. Let’s remember that 15,000 is a huge number for a small nation like Cuba. It certainly rivals the Cuban military participation in African wars.
My first question was this: Are those Cuban soldiers fighting Venezuelan protesters?
I don’t know the answer but it wouldn’t be surprising that the Maduro regime is using Cubans to clash with the locals. Maduro probably does not trust that Venezuelan soldiers will hurt their own people. The confrontations have turned very harsh lately, as we can read in daily reports from the country.
The issue is even more interesting because of stories that Cuban soldiers are conducting drills in Venezuela to prepare for an invasion.
Could US Marines or Army Rangers confront Cubans in Venezuela should President Trump authorized an unilateral or lead a regional action? Let’s remember that the Marines overcame Cuban soldiers when President Reagan ordered them into Grenada in 1983.
P.S. You can listen to my show (Canto Talk) and follow me on Twitter.
Read more: http://www.americanthinker.com/blog/2017/07/are_cubans_occupying_venezuela.html#ixzz4nkhIkSwW Follow us: @AmericanThinker on Twitter | AmericanThinker on Facebook
Tags: Cubans in Venezuela? To share or post to your site, click on "Post Link". Please mention / link to the My View by Silvio Canto, Jr. Thanks!
Posted by Silvio Canto, Jr. Post Link ---> 8:00 AM

The Cubans in the US: Show business celebrities