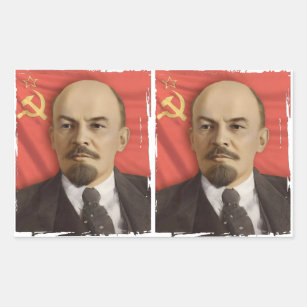 We are having a debate about socialism among some of our young people.  From Alejandra Ocasio-Cortez to Bernie Sanders, we’re hearing that some are inspired concerning socialism.
The Democrats are even running candidates who claim to be “democratic socialists“!  I guess that means that they will take a vote before taking your property away or something like that.
Well, two recent anniversaries will remind the young what real communism is all about.
First, Warsaw Pact tanks marched into Prague this week in 1968.  They were there to crush a freedom movement, as we remember from our history:

On the night of August 20, 1968, approximately 200,000 Warsaw Pact troops and 5,000 tanks invade Czechoslovakia to crush the “Prague Spring” — a brief period of liberalization in the communist country. Czechoslovakians protested the invasion with public demonstrations and other non-violent tactics, but they were no match for the Soviet tanks. The liberal reforms of First Secretary Alexander Dubcek were repealed and “normalization” began under his successor Gustav Husak.

By the way, the confused young must be reminded what Mr. Husak meant by “normalization”.  It meant shut up or we will throw you in prison.  And your family won’t know what happened to you, either.  In other words, no “habeaus corpus” or right to a speedy trial under communism.
The second anniversary is less known but very important.  It shows how communists deal with those they disagree with.  I am talking about the killing of Leon Trotsky on August 21, 1940:

Exiled Russian revolutionary Leon Trotsky is fatally wounded by an ice-ax-wielding assassin at his compound outside Mexico City. The killer – Ramón Mercader –was a Spanish communist and probable agent of Soviet leader Joseph Stalin. Trotsky died from his wounds the next day.

This is the real story of communism, along with a health care system that stinks in Cuba, or people eating grass in North Korea, or people risking their lives to jump over the Berlin Wall.
Let’s remember communism, and its convenient mask called socialism.  In both cases, they take your property and freedom.
PS: You can listen to my show (Canto Talk) and follow me on Twitter.

Count to 10 before you jump on the impeachment bandwagon......

Count to 10 before you jump on the impeachment bandwagon.

Please check out Harvard Law professor emeritus Alan Dershowitz, a man who voted for Hillary Clinton in 2016.   This is what he said:


“The only evidence that the president did anything that might be unlawful … comes from a man who’s admitted to be a liar.”
“There are a lot of barriers,” he said, “We’re far away from [an] impeachable offense or a criminal offense on the part of the president.”

Memo to the anti-Trump parade:  Count to 10 and wait for more details.

Like it or not, the Bush administration is about to get very serious with Mexico. Pres. Bush & the Congress are ready to spend $500 million to help Mexico defend itself against aggressive drug cartels. Mexico is at war and we are about to become their silent partners!


The Americans Have A Plan has a summary:

"The U.S. government is trying to get $500 million from Congress, to help Mexico fight drug traffickers and drug cartels. The money would help "strengthen Mexico's capabilities" to deal with these threats.

The $500 million request is thought to be a first installment, with the US eventually providing $1.4 to $1.5 billion in support.
Mexico wants more helicopters and other aircraft. It also wants more modern communications and intelligence equipment for its police.


Nevertheless, this plan will provide Mexico with the tools to fight cartels and listen to what they are saying to each other.


It sounds like a good plan to me. We are not immune from Mexico's war. In fact, we buy the drugs. Therefore, we must do our part to control the mess that our consumption has created.