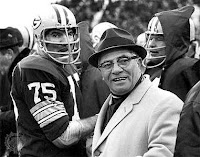 In 1964, our family arrived in Wisconsin from Cuba.   We did not know a thing about the NFL or what they call American football.

It did not take long for my brother and I to fall in love with the Green Bay Packers, or the team coached by the late Vince Lombardi.

I remember watching a weekly TV show and listening to Coach Lombardi discuss the last game and look ahead to the next team.   It caught my attention and I never missed a show.

Lombardi won 3 NFL titles and the first two Super Bowls.   He was an amazing man.

In this book, David Maraniss wrote about Lombardi's character, a big part of his success as a coach and man.    It's a great book. 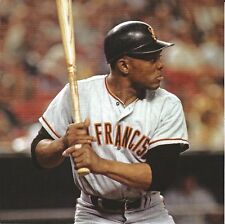 By the time that we got to the US, Willie Mays was in the second half of his career.   He broke with the Giants in 1951 and was probably the most complete player of his generation.    Mays could do everything and he did.

In this book, you will get more details about this amazing player:

It's hard to read one book or documentary about Thomas Jefferson.   He was such an amazing man that one could spend hours just reading or hearing about his life.

Jefferson wrote the Declaration of Independence, executed The Louisiana Purchase and exchanged great letters with President Adams.    He did a lot more!

He was one of the most consequential men in US history.

A great book about John Adams 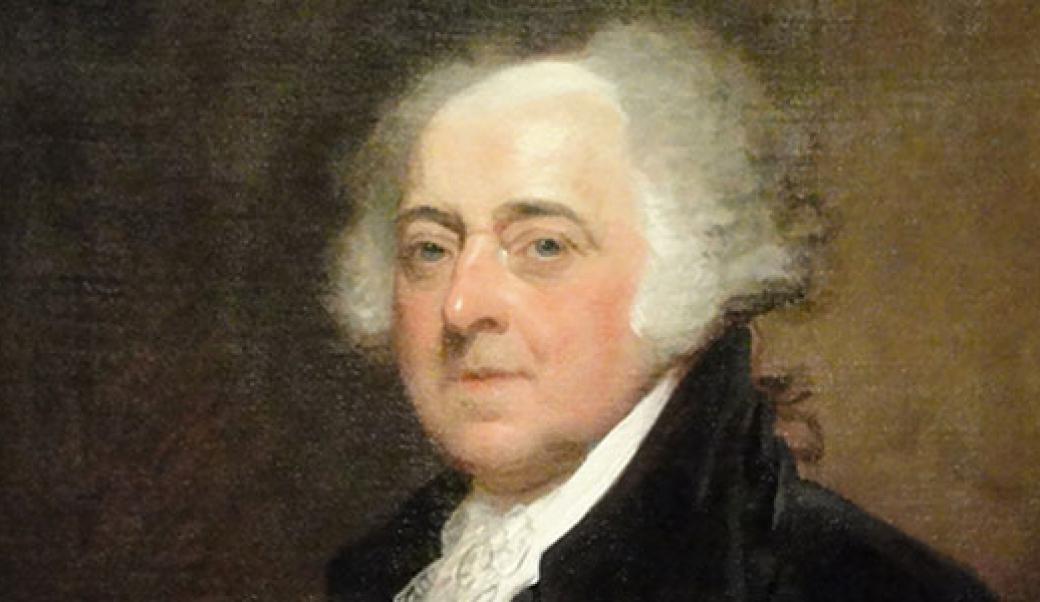 About ten years, HBO ran a great series called "John Adams".   It brought us closer to the amazing man who was our first VP and second president.

It's hard to believe that Tom Landry coached his last game in 1988.   He was replaced in early 1989 when Jerry Jones bought the Cowboys.      He led Dallas to 2 Super Bowl victories in 5 appearances.

Coach Landry was a World War II veteran and a great man or or off the field.

By now, we’ve been exposed to a lot of intolerance from the left.  We are often called “racists” just because we voted for Trump.
On the sanctuary city debate, I’ve been personally called a “racista” because I believe that cities should follow federal laws.
And there is “homophobe” for believing that marriage is between a man and a woman.
It’s all a big intimidation technique reminiscent of anti-Castro Cubans being referred to as “CIA employees” whenever we challenged the regime’s failure to hold the promised elections.
And now there is Google, the company that has put it all out there for all to see.
This is a great post on the topic by Michael Barone:

Finally, Google – not just in response to James Damore’s memo, but in its whole “diversity” program – is riddled with intellectual dishonesty. It has a very successful business, which tends to attract very high-skilled employees the large majority of whom happen to be male.
It feels vulnerable to complaints by feminists and hostile action by government, and so its leaders make sure not to express any doubts about the dogma that any fair system would have a gender balance and ethnic makeup identical to that of the larger society.
Any hint of disbelief in the dogma would elicit torrents of abuse from the many Social Justice Warriors that Google, recruiting as it does from elite campuses, employs in large numbers.
So, Google and other Silicon Valley firms spend hundreds of millions of dollars a year on “diversity” programs in order to mollify them, even though these have made almost no perceptible difference in the heavily white-and-Asian-male character of its workforce.

We have been watching this train wreck coming for quite some time.  In fact, most of the cars are still on the rails and have not come off yet.  In other words, this is just getting started, and don’t be surprised if it ends with Google changing its name or even breaking up.
For years, the peddlers of diversity have been feeling good and self-righteous by denying reality and the differences between men and women.  They run organizations that mock anyone who dares to challenge the groupthink they impose on their employees.
As someone said, they are for diversity as long you agree with whatever they think.  Can you say “homophobe” again?
The train is off the tracks.  Google will now have to explain why it fired an employee for simply writing a memo about the workplace environment.
Back in the 1990s, I had a boss who called us into a meeting and requested that each one of us write a memo about the workplace environment.  We did, and he read them.  He took some of the ideas and executed some of them.  He was grateful, and we welcomed his willingness to hear from us.  He even gave each of us a $50 dinner certificate to go out and enjoy dinner with our spouses.  He was grateful for hearing what we had to say, even if it differed with whatever he was thinking.
Apparently, such a thing does not happen at Google when you challenge their work environment.  Instead, you get fired and called names for daring to challenge it.
Want to learn about intolerance?  Just google Google!
P.S. You can listen to my show (Canto Talk) and follow me on Twitter.
Tags: Google and intolerance To share or post to your site, click on "Post Link". Please mention / link to the My View by Silvio Canto, Jr. Thanks!
Posted by Silvio Canto, Jr. Post Link ---> 7:00 AM