Dead heat in Virginia, the Brazile book plus other stories of the day

LA Times vs Sarah Sanders: A man can say or do anything to a woman as long as he donates to DNC & supports Roe...i.e. Weinstein and others!
— Silvio Canto, Jr. (@SCantojr) November 4, 2017

Dem was OK with sanctuary cities when he was ahead

Virginia: Dem was OK with sanctuary cities when he was ahead.....now against them because the race is tied.....what does he really believe?
— Silvio Canto, Jr. (@SCantojr) November 4, 2017

And then Donna wrote her book! 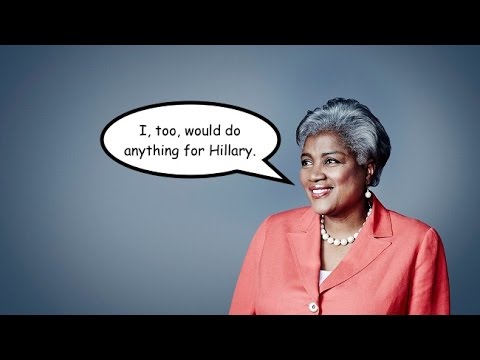 According to an excerpt from a soon to be released book by Donna Brazile, everything that we heard about Hillary Clinton fixing the 2016 Democrat nomination turned out to be true.

Everything was in place for Mrs. Clinton to be the nominee no matter how many primaries Senator Sanders won.   No one was going to take it away in 2016!

This is a fascinating bit from Politico:

Before I called Bernie Sanders, I lit a candle in my living room and put on some gospel music. I wanted to center myself for what I knew would be an emotional phone call.

Then she called Senator Sanders and broke the news that the nomination was fixed in favor of Mrs. Clinton.   She even a lit a candle and played gospel music.

I guess that Miss Brazile now wants to clear her name and get on the right side of history.

Sorry but this is a joke of a book.    Did Miss Brazile ever consider calling Mrs. Clinton instead and resigning from the party?   In other words, she knew in the summer of 2016 that she was part of a total fraud.

Miss Brazile stayed silent because she was inspecting Mrs. Clinton to win.   She made a pact with the devil and expected a future President Hillary Clinton to give her one of those fancy jobs with a big office, chauffeur and access to military planes.

She stayed quiet because she bet that Mrs. Clinton would win and did not want to close the doors to The White House.   It's like those who donated to The Clinton Foundation reserving their seat in the upcoming presidency!

Nice try Donna but this book is a bit late!