The vote in Catalonia and a few other thoughts

We will look at some in the media who seem determined to turn Puerto Rico into President Trump's Katrina.......there is an important election in Catalonia calling for the separation of the province from Spain......we don't know what will happen but both sides are very passionate about it....Secretary Tillerson in China talking North Korea and trade.....the NFL continues to shoot itself in the foot.........it's time for all of this politics in your face to stop.......Babe Ruth hit # 60 in 1927...............and other stories.........

2007: Congratulations to the Red Sox and a few thoughts about the length of games

What a great weekend for the fans of Boston. The Red Sox won the Series, the Patriots are still undefeated and Boston College is riding high!


Beyond the series sweeps of 2007, MLB needs to seriously do something about the length of post-season games. I love the fact that baseball does not have a clock but 4-hour 9-inning games are impossible to watch.


We used to play baseball in 3 hours or less. Why can't we do that anymore? MLB is getting as bad as college football!

Nevertheless, we salute the 2007 Red Sox!

In the late 1970's, Goose Gossage was the best closer in baseball. His stuff was electric and intimidated the best of major league hitters.

Back in 2007, we wrote about Jimmy Rollins winning the NL MVP. Rollins led the Phillies to a great comeback in the NL East!


Jimmy Rollins was one of the best players in the game and a good guy!

Hall of Fame: What about Clemens?

Roger Clemens was the big bombshell in the Mitchell Report.  Frankly, it caught me by surprise because there were no rumors about Clemens.  As I recall, all of the steroids talk had been about hitters, like Bonds or McGwire.


My guess is that Clemens is out for Hall of Fame considerations.  He will pay for what we now call "The Steroids Era".


Here is the tragedy:  Clemens would have made it without taking anything, as my friend Richard Baehr wrote:

"Some sportswriters have argued, prior to the release of the Mitchell report, that he was the best pitcher in baseball history.
A career won lost record of 354-184 over 24 seasons, and a career ERA of 3.12, more than one earned run per nine innings below the League Average for the years he pitched of 4.46, make for a pretty strong case for Clemens to be considered among the best ever.

These years, late in his career, are the ones the Mitchell report claims Clemens enhanced his performance.

But had Clemens retired five years ago, he was a certain inductee into the Hall on his first consideration." (The Hall of Fame Debate Begins Anew By Richard Baehr)

In other words, Clemens had a Hall of Fame career when he retired in 2003 after the Yankees-Marlins series.   He had the numbers to be a first ballot member.


It's a shame that he came back and allegedly took whatever he took. It may have cost him the Hall of Fame!

Big weekend for NFL: time to put the politics behind & start playing football like you used to....otherwise your PR problem gets much worse!
— Silvio Canto, Jr. (@SCantojr) October 1, 2017

2010: Pres BO needs to explain why a terrorist was put in a civilian court! 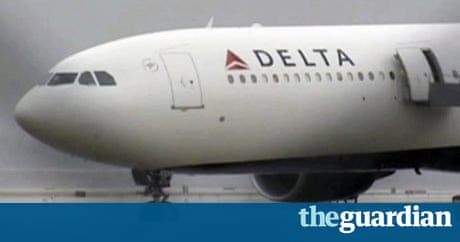 We've said it before. We will say it again.

The war on terror is not a conventional war. We are not fighting an army with armored units or an air force.

We are instead fighting terrorists who kill ruthlessly and try to intimidate the public with horrific acts, such as blowing up an airplane landing in Detroit.

How do you fight these people?

You have to show them that you are serious and will fight back without hesitation.

We saw that from Pres Bush and VP Cheney.

So far, we have not seen that side of Pres BO!

Perhaps, we will see it in the future. We have not so far!

On Thursday, Pres BO said that "we are at war"!

OK.....When are we going to start acting like it?

We have not seen a president who will protect the country at any cost!

Let's look at how Pres BO initially reacted to this.

He waited a few days to make unspecific remarks about what they called an "isolated extremist".

He came back a few days later and admitted that the terrorist had connections to Al Qaeda.

Shouldn't he admit that it was a stupid campaign promise and move on?

After all, most US voters do not want GITMO to close and have these terrorists held indefinitely on the mainland.

Also, Pres BO's promise to close GITMO did not prevent the recruiting of this young man. Or the killing at Ft Hood!

Also, what was "the recruiting tool" between 1993, the first attack on the World Trade Center, and 9-11?

Let's look at how the Obama administration is treating the Nigerian young man who tried to blow up an aircraft landing in Detroit. Michael B. Mukasey was attorney general of the United States from 2007 to 2009. He does not understand Pres BO's decision to put this terrorist in our civilian courts:


"Holding Abdulmutallab for a time in military custody, regardless of where he is ultimately to be charged, would have been entirely lawful—even in the view of the current administration, which has taken the position that it needs no further legislative authority to hold dangerous detainees even for a lengthy period in the United States." (WSJ)


Some critics were calling for Pres BO to show anger or fire somebody.

We need a president who understands that we are at war.

Frankly, a war president does not grant constitutional rights to terrorists who try to blow up airplanes and kill innocent people!

The State Department announced that U.S. embassy personnel would leave Cuba as a response to the recent sonic attacks. This was predictable and putting the safety of U.S. diplomats first. However, it was the second step, the travel warning, that will have a direct impact on Cuba.
This is from CNN:

The US State Department is pulling out all families of employees and nonessential personnel from Cuba, after a string of mysterious attacks against US diplomats.
Several US officials tell CNN that 21 US diplomats and family members became ill after apparent sonic attacks. The American embassy will continue to operate with a 60% reduction in staff.
The officials said the US will stop issuing visas in Cuba effective immediately because of the staff reductions and the decision is not described as a retaliatory measure. Officials say there will still be consular officials in the embassy available to assist US citizens in Cuba.
The State Department is also issuing a travel warning, urging Americans not to travel to Cuba because they could also be at risk as some of the attacks against diplomats have taken place at hotels where Americans stay, a senior State Department official told reporters Friday.

Over the last few years, the U.S. State Department has issued travel warnings to Mexico and it clearly hurt business in the resorts.
Cuba now faces two huge problems:
1) Hurricane Irma devastated many of the resorts used to bring in Europeans and American tourists; and,
2) A reduction of U.S. travelers to the island will mean less dollars at a time that the Castro regime needs every dollar it can gets its hands on.
According to news reports, U.S. tourism in Cuba was over a U.S.$ 1 billion in 2016. Clearly, these dollars have helped the Castro regime to offset the dwindling support from Venezuela and the failure to create new sources of hard currency. A travel warning puts some of those dollars at risk.
How does Cuba recover from Cuba and a U.S. travel warning? It may not. I’m sure that Raul Castro can’t wait for retirement so that he can leave this grand mess to the next guy not named Castro.
P.S. You can listen to my show (Canto Talk) and follow me on Twitter.
Tags: US-Cuba relations take a turn To share or post to your site, click on "Post Link". Please mention / link to the My View by Silvio Canto, Jr. Thanks!
Posted by Silvio Canto, Jr. Post Link ---> 7:30 AM