The Texas storms plus left wing violence with George Rodriguez

Houston flooded and media types talking about Melania's shoes...then they wonder why nobody watches or reads them!

Houston flooded and media types talking about Melania's shoes...then they wonder why nobody watches or reads them! pic.twitter.com/olCkhBuIOS
— Silvio Canto, Jr. (@SCantojr) August 29, 2017

Jim Brown may have saved the NFL from stupid players......the legendary running back was unhappy and everyone stood up last weekend.

Jim Brown may have saved the NFL from stupid players......the legendary running back was unhappy and everyone stood up last weekend.... pic.twitter.com/veL1OCPfrz
— Silvio Canto, Jr. (@SCantojr) August 29, 2017

China? NK shot one over Japan....maybe China doesn't care or can't stop it...At some point, we will have to

Bozell has a point about the slow death of the GOP...Taken a look at Dems? Stuck & Consumed by identity politics!

Bozell has a point about the slow death of the GOP...Taken a look at Dems? Stuck & Consumed by identity politics! pic.twitter.com/jbxVPbYfaB
— Silvio Canto, Jr. (@SCantojr) August 29, 2017

Did all of California’s common sense move to Texas, too? 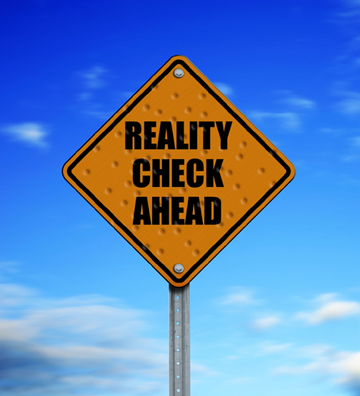 We’ve noticed a lot of California license plates in Texas recently.
The reason is simple:  Californians are moving to Texas!
According to a story from 2016, it has the makings of a trend as a my old Korean statistics professor used to say with that thick accent:

The number of Californians leaving the state and moving to Texas is at its highest level in nearly a decade, according to data from the Internal Revenue Service.
According to IRS migration data, which uses individual income tax returns to record year-to-year address changes, over 250,000 California residents moved out of the state between 2013 and 2014, the latest period for which data was available.

We are glad. Who wouldn’t welcome people who want to work and live in your state?
We may see more, specially after reading a story like this:

A bill that passed the California state senate and is now moving through the Assembly could threaten jail time for anyone who refuses to use a transgender person’s preferred pronoun.
The law is currently limited in its effects to nursing homes and intermediate-care facilities, but if passed, those who “willfully and repeatedly” refuse “to use a transgender resident’s preferred name or pronouns” could be slapped with a $1,000 fine and up to one year in prison, according to the California Heath and Safety code.
The state senate passed the bill 26-12 at the end of May.
Since then, the Assembly Judiciary committee recommended the bill unanimously and the General Assembly held its first hearing on the legislation Wednesday.
“How can you believe in free speech, but think the government can compel people to use certain pronouns when talking to others?”
Greg Burt of the California Family Council testified in July.
“This is not tolerance. This is not love. This is not mutual respect. True tolerance tolerates people with different views. We need to treat each other with respect, but respect is a two-way street. It is not respectful to threaten people with punishment for having sincerely held beliefs that differ from your own.”
Titled the “Lesbian, Gay, Bisexual, and Transgender Long-Term Care Facility Residents Bill of Rights,” the legislation also requires nursing homes and care facilities to allow residents to use the bathroom of their choice, regardless of biological sex.
The bill’s author, state Sen. Scott Weiner, argues that religious views don’t hold weight in public areas.

So in the name of “gender something” we’re going to slap someone with a $1,000 fine?
I have to believe that there are Democrats in California who see the insanity of this. I understand that it only applies to Long Term Care facilities but what happens next?
Common sense is usually the first thing to go when you get afflicted by “Identity Politics.”
Maybe I’m right. Maybe common sense indeed moved to Texas and left the state in the hands of people who are out of touch with reality, to say the least.
P.S. You can listen to my show (Canto Talk) and follow me on Twitter.
Tags: No Common Sense in California? To share or post to your site, click on "Post Link". Please mention / link to the My View by Silvio Canto, Jr. Thanks!
Posted by Silvio Canto, Jr. Post Link ---> 7:00 AM