Guest:  Bill Katz, the editor of Urgent Agenda......The McCain funeral and politics.......Terrorist attack in Amsterdam reminds us that terrorists are still out there.....Florida is Trump vs Sanders......Beto vs Ted in Texas.....The Kavanaugh hearings start this week and the left is likely to overreach again.....Is there any hope for Chicago?..........Labor Day and a good US economy.......Japan formally surrenders 1945..........and other stories....... 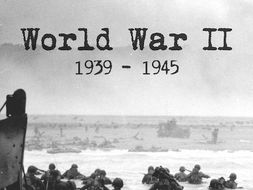 What did Judge Hanen say about DACA?

As we’ve posted before, only Congress can save DACA.
In other words, only the U.S. Congress has the constitutional authority to create a special path to legalization for the “DREAMers.”  (In the interest of full disclosure, I support a limited plan that offers legalization based on behavior and schoolwork.  My plan would provide a work visa but no path to citizenship.)
Judge Hanen confused things even more by writing an opinion that is a win and a loss for the DREAMers.
It’s a win because it keeps DACA on life support for a bit longer.
It’s a loss because Judge Hanen made it clear, in his words, that he would likely terminate DACA.
Furthermore, what program are DREAMers going to sign up for?  There is no DACA.  It phased out last September.
So DACA lives on for a bit longer, but not too much longer.
President Trump put a plan on the table to legalize 2 million DREAMers months ago.  The Democrats decided that playing resistance was a better option.
My suggestion to DREAMers: Get on the phone and tell the “resistance” to negotiate with President Trump.
Here are the political realities facing DREAMers, no matter what wave comes in November:
1. It takes 60 votes to pass anything in the U.S. Senate. At the moment, there are 49 Democrats, but six represent red states, and they did not go along with Minority Leader Schumer in February to shut down the government over DACA.  At the moment, polls indicate that Democrats in North Dakota, Missouri, and Indiana will lose re-election.
Moral of the story: No blue wave will get Democrats a majority in the U.S. Senate.  On other hand, the GOP could pick three or four Senate seats, making DACA even more difficult to pass without border restrictions, employer sanctions, and some of the other things President Trump put on the table.
2. President Trump, assuming that some version gets 60 votes in the U.S. Senate, can veto DACA.  In that case, it would take two thirds of the Congress to override a presidential veto.
Second moral of the story: The DACA decision will have to go through President Trump’s desk.
I sympathize with the DREAMers.  They were used by President Obama to create some excitement in the Mexican-American community when polls showed little enthusiasm for him in the summer of 2012.
The DREAMers were basically given a check without funds, and now they can’t cash it anywhere.
Again, the DREAMers need to call their Democrat friends and tell them to sit down and negotiate with President Trump.
Otherwise, we will go from judge to judge until it reaches the Supreme Court.  As Judge Hanen said, DACA is very likely to lose in the courts.
P.S.  You can listen to my show.  If you like our posts, please look for ”Donate” on the right column of the blog page.