Another day in Obama World:
a Russian jet flew within 50 feet of a US surveillance aircraft in Northeast Asia pic.twitter.com/noNILeELuW
— Silvio Canto, Jr. (@SCantojr) April 29, 2016

How would President Trump stop a business from moving overseas?

Let me agree with Mr. Trump, and supporters, that it's a very bad idea for U.S. companies to move overseas and take those jobs elsewhere.
I have personally seen the consequences of these moves in Mexico.
You can see all of these companies in the industrial sectors of Monterrey, Queretaro, Tijuana, and other Mexican cities.
They are down there hiring Mexicans, from floor sweepers to engineers to lots of people with university degrees. They are hiring professionals from the top schools south of the border.
Again, I don't like it but what can a U.S. president really do about it? What legal authority does a U.S. president have to stop it?
Back in 2013, Ryder published a great post detailing the reasons that US companies move to Mexico. This is the one that caught my attention:

The Mexican government also offers a variety of incentives, from capital equipment grants and help with infrastructure to real estate grants, the Aerospace Training Center in Querétaro and tax credits.
How does a U.S. president stop this? He can't unilaterally, no matter how much pressure he puts on the executives not to make the move.
Furthermore, renegotiating NAFTA would mean undoing the economic infrastructure that ties Mexico, Canada, and the U.S. It would likely mean that Congress would be involved because this is how we do it in the U.S.
It takes me back to one point. The best way to keep companies here is to make the U.S. the most profitable place in the world to do business. You can do this with a new tax code and the elimination of many regulations.
Again, any change in the tax code or end of regulations will require Congress again.
Sadly, Trump is raising a lot of expectations rather than proposing solutions to fix the problem of jobs going overseas.
Again, I hate jobs going overseas as much as Trump. At the same, all I've heard so far are slogans rather than solutions. In other words, this is a lot more complicated than we've heard from Mr. Trump.
P.S. You can listen to my show (Canto Talk) and follow me on Twitter.

Smokey looking for Miracles in Cuba? 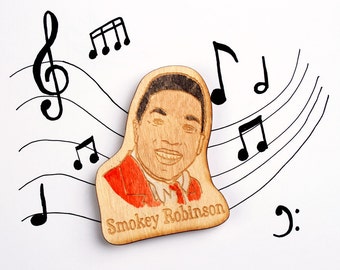 
In the interests of full disclosure, Smokey Robinson is a very talented performer and songwriter. However, he’s a bit naive thinking that music will change Cuba.
Smokey is down in Cuba with other musicians.   It’s part of the latest effort to promote cultural contacts:

The three artists were among a dozen who joined a presidential delegation led by the directors of the National Endowment for the Arts, the National Endowment for the Humanities and the Smithsonian Institution that wrapped up a three day-mission to Cuba on Thursday morning. The purpose was to expand cultural exchanges with Cuba — the latest sign of warming relations in the wake of the countries’ decision to restore full diplomatic ties last year. The U.S. and Cuban cultural leaders announced the delegation’s achievements at a closing forum in the beautifully restored Grand Theater.
The officials’ delicately worded, and bilaterally edited, bureaucratese did not quite match the giddy passion of the artists, but it seemed that some progress had been made, even as the Cubans’ ire at the U.S. trade embargo hovered over the proceedings.

Like others before, Smokey does not understand that the problem in Cuba is Castro not exposure to US music.   In fact, most Cubans are already familiar with Smokey and can hear his music via Radio Marti or an AM station out of Miami.
The real problem in Cuba is a lack of freedom not music.
How did Smokey’s trip promote freedom in Cuba?
It didn’t and that’s the problem!
In fact, Smokey’s music sales in Cuba will enrich the Castro regime.   Castro Inc will share the profits with Smokey and the Cuban people won’t get anything out of this.
Let me paraphrase one of Smokey’s songs (“You really got a hold on me”) and remind everyone that the Castro regime’s really got a hold on the democratic aspirations of the Cuban people.
P.S. You can listen to my show (Canto Talk) and follow me on Twitter.