Thursday’s video: Maybe it will take a special counsel 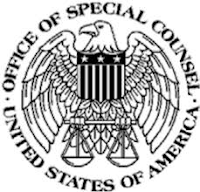 Cheers for my new congresswoman

"The Affordable Care Act was one of the biggest lies that has ever been promulgated in U.S. history," Van Duyne told Fox News in a recent interview during congressional orientation.

"The fact that you're going to be able to keep your doctor; it's going to lower your health care costs; it's going to increase your quality -- those were all lies. That did not happen. In fact, it was quite the opposite."

Indeed it was. Van Duyne knows the problems surrounding health insurance at first hand. Her daughter was born with a number of minor birth defects and had to undergo nine surgeries before she was a year old. The insurance company balked at paying for the treatment, forcing Van Duyne into a lengthy battle in which she finally prevailed.

I was not aware of her daughter's story but it is what we often hear from others.  ObamaCare guaranteed access but no one can pay the premiums or high deductibles.

Congratulations to our new congresswoman for sharing her story.  My guess is that a lot of Americans know exactly what she's talking about.