Tuesday’s video:
Moms vs school boards
Click to watch:
P.S.  You can listen to my show (Canto Talk).  If you like our posts, click send, and drop a dime here.
Posted by Silvio Canto, Jr. Post Link ---> 10:45 AM 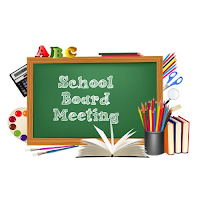 Back in 2010, I remember the Tea Party rallies and commenting about the number of mothers and young children present.  We had a huge rally here on July 4, 2009 and it looked like Family Day Picnic at a local park.

It looks like the moms are back and marching directly to school board meetings from coast to coast.  This is from Miranda Devine:

The sleeping giant of the American Mom has been awakened and is “filled with a terrible resolve,” as Japanese Adm. Isoroku Yamamoto once said of the United States after his country’s attack on Pearl Harbor.

These mothers’ watershed moment is the hateful cult of “critical race theory” which is being shoved down their children’s throats under the guise of “equity” and “anti-racism.”

In reality, CRT is simply another version of a deadly old ideology that is Marxist and utopian in nature -- only this time it seeks to divide people by race, rather than by class.

What the mothers instinctively know, in school board meetings across the country where they stand up courageously to fight for their children, is that a poisonous form of brainwashing has crept into the classroom and it hurts everyone equally, regardless of race.

They see their children divided into an “oppressor” class and an “oppressed” class based on the color of their skin. The white kids are the oppressors who are taught to hate themselves, and the nonwhite kids are the oppressed who are taught to hate the white kids. Those Asian, black and Hispanic kids who don’t agree that they are oppressed, who don’t want to be robbed of their agency and looked upon as victims, and don’t want to hate their white friends, are judged also to be suffering from the dreadful scourge of “whiteness.”

Great stuff.  Don't mess with the cubs because Mama Bear will destroy you.

My guess is that the teachers' union did not contemplate what having kids at home would do to their curriculum.  Mom looked at the lesson plan, shared the garbage with Dad and then they both screamed:   "Is this what we are paying property taxes for"?

Will this movement survive?   They've already accomplished a lot as more and more states are turning off CRT.  By the way, aren't those the states that people are moving to?

It will survive and grow because the "woke" keep doing stupid things, such as erasing the names of holidays in a New Jersey school district.

Yes, Mother Bear has a lot of woke idiots to devour.  Go ladies.  We love you.