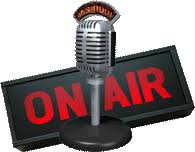 ‘El Chapo’ and ‘The Jackal’ back in the news

As we watch the left derail into madness, i.e. Rachel Maddow and Trump’s tax returns, let’s catch up with a couple of Latin American personalities of the past.   Let’s recall a couple of “oldies” who earned their spurs by killing innocent people.
Let’s start with “El Chapo”, the cartel leader who is now entering the Manhattan phase of his life. As you may remember, he escaped and got caught then he escaped and caught again.
This update is from El Pais:

While El Chapo awaits trial, he is being kept in complete isolation, and can only talk to his lawyers from behind a glass screen. He has no contact with his wife, Emma Coronel, and she in turn is receiving no news about him.
He is unaware of the increasingly bloody power struggle taking place within the Sinaloa cartel in the wake of his extradition, or that Mexican actress Kate del Castillo, with whom he wanted to make a movie about his own life, has a new television series.
But El Chapo will have seen the documents relating to his own case: that a police officer in the Mexico border city of Juárez is to give testimony about the bribes paid to release members of the Sinaloa cartel; that another witness will talk about a house used for killings, the walls of which were covered in plastic and where a special drain had to be installed for the blood to be washed down; that his stash of AK-47s was found, and that several leading Colombian cartel leaders will also be testifying.

We can safely say that Guzman will have a New York address for a long long time! Reality is adding salt to injury because El Chapo will be represented by a court appointed attorney. Gone are the days when El Chapo hired the most expensive legal firm in the world. He is being represented by a local attorney provided by U.S. taxpayers. Quite a fall for the man who had dollar bills rolling out his pocket.
The other personality in the news is the fellow known as “The Jackal.” Our friend Fausta posted the latest from lich Ramírez Sánchez, who was born in Venezuela:

Carlos the Jackal, was blowing kisses to his Paris audience in court yesterday:
In an often rambling statement in the Paris court on Monday, the 67-year-old said that any murders he had committed were carried out in the name of “the revolution.”
“No-one has executed more people than me in the Palestinian resistance,” he said, “[and] I am the only survivor. In all the fighting, there were collateral victims, it’s unfortunate,” he said.
Wearing a jacket with a red pocket handkerchief, Ramirez smiled and blew kisses upon first appearing in the dock before kissing the hand of his lawyer and long-term partner, Isabelle Coutant-Peyre.
He then embarked on a diatribe in which he condemned wealthy “Zionist interests” who he said were eager to crush anybody who stood up to Israeli aggression.
He said that lawyers prosecuting him for the shopping centre attack in Paris 43 years ago were “scavengers” for forcing him back to court.
You may recall that Carlos the Jackal, when sentenced to life in jail for the 1975 murders of two French secret agents and a Lebanese informant, earned the high praise of Venezuelan dictator Hugo Chávez, who called him “a brother.”

And so we watch two of the most despicable men of recent memory. “El Chapo” was a brutal killer who executed for territory. “The Jackal” was a terrorist who blew away anyone who got in his way.
P.S. You can listen to my show (Canto Talk) and follow me on Twitter.