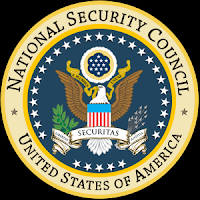 We heard in 2020 how Joe Biden would walk into the presidency as a man well versed on foreign policy. The media repeated this over and over again, as we remember:

Biden has been blasted by even liberal media outlets for the scenes of chaos unfolding in the war-torn nation, as the Taliban seized power in Kabul and the Afghan government quickly collapsed amid the U.S. troop departure. The president has been accused of being caught flat-footed, looking incompetent, betraying allies, and emboldening American adversaries.

Yet part of Biden’s appeal to the press in 2020 was his supposed foreign policy chops after decades in the U.S. Senate and eight years as vice president, although Obama Secretary of Defense Robert Gates once remarked Biden had “been wrong on nearly every major foreign policy and national security issue over the past four decades.”

The New York Times wrote in its endorsement editorial that Biden would “stock his administration with competent, qualified, principled individuals” and said he had the “necessary chops” to restore the country’s global reputation.

To say the least, the wise ones left their chops at home.

This is on Biden 100%, but he clearly got some very bad information about the situation in Afghanistan. Back in July, he painted a picture of Afghanistan that just did not work out.

Who gave Biden those facts? Or was this another one of those Biden moments when he just spoke out loud without any information? It’s one thing to “gaffe“ about this or that but this was a president assuring a nation that things were under control in Afghanistan. You’d be fired in a private company for making such a grave mistake.

Biden would go a long way toward recovering his credibility by accepting blame and firing a few of his advisers.