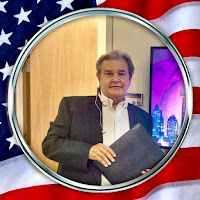 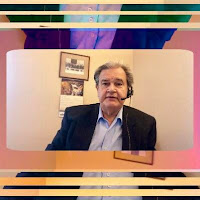 Wednesday's video:
Fed more interest rates, Putin talking tough and Biden at UN........
Fed and more interest rates...Lemon gets a history lesson...Putin talking tough.....President Biden at UN.....Facebook and Twitter.......Monday Night Football 1970..and other stories...
P.S.  You can listen to my show.  If you like our posts, please look for ”Donate” on the right column of the blog page.
Posted by Silvio Canto, Jr. Post Link ---> 2:00 PM

In the span of a week, we've gotten some news that may change how we view social media companies.

Facebook has been spying on the private messages and data of American users and reporting them to the FBI if they express anti-government or anti-authority sentiments -- or question the 2020 election -- according to sources within the Department of Justice.

Under the FBI collaboration operation, somebody at Facebook red-flagged these supposedly subversive private messages over the past 19 months and transmitted them in redacted form to the domestic terrorism operational unit at FBI headquarters in Washington, DC, without a subpoena.

“It was done outside the legal process and without probable cause,” alleged one of the sources, who spoke on condition of ­anonymity.

Not long ago, Zuckerberg admitted hearing from the FBI during the 2020 election as well. What was the FBI doing talking to Facebook about an election anyway?  Am I the only one who found that a bit strange?

It may be time to take this whole issue to the Supreme Court to clarify Section 230.

Facebook and Twitter and very powerful today.  They are no longer places where people post grandkid photos for their close friends and family. Yes, people like me do that, but politics dominates the feeds in both places. Social media posts can influence millions in several ways:  disinformation, the selective editing of stories, or stifling debate of an important story as we saw with Hunter Biden in 2020.

Furthermore, it looks to many of us that these social media companies are supporting the leftist team. In other words, do you seriously think that Facebook or Twitter would have canceled a story about one of Trump's sons?

We met Bill Murray in the mid-1970's on Saturday Night Live.   He was very funny and moved to movies, from "Ghostobusters" to "Groundhog day" to even a small part in Andy Garcia's "The lost city".

He was born on this day in 1950 in Evaston, Illinois.      We hope that he enjoys his birthday.
P.S.  You can listen to my show.  If you like our posts, please look for ”Donate” on the right column of the blog page.

September 21, 1970: Who remembers the debut of Monday Night Football? 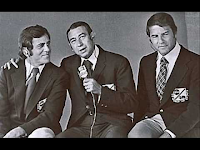 It quickly became one of the most popular events on TV.  The Browns (now in Baltimore) beat the Jets, 31-21.

In late 2005, Monday Night Football said goodbye to ABC and moved to ESPN.
P.S.  You can listen to my show.  If you like our posts, please look for ”Donate” on the right column of the blog page.