Trump was right about General Flynn

It turns out that President Trump was right to call the Russian collusion affair a hoax.
This is clear when you read this interview with Attorney General William Barr:

“What should Americans take away from your actions in the Flynn case today?” Herridge said.
“Well, as I said in my confirmation hearing, one of the reasons I came back is because I was concerned that people were feeling there were two standards of justice in this country,” Barr said. “I wanted to make sure that we restore confidence in the system. There’s only one standard of justice. And I believe that this case, that justice in this case requires dismissing the charges against General Flynn.”
“When the special counsel report was released last year, you were accused by critics of putting your thumb on the scale in the president’s favor. Are you doing the president’s bidding in General Flynn’s case?” O’Donnell asked.
“No, I’m doing the law’s bidding,” Barr responded. “I’m doing my duty under the law, as I see it.”
“I made clear during my confirmation hearing that I was gonna look into what happened in 2016 and ’17,” Barr said. “I made that crystal clear. I was very concerned about what happened. I was gonna get to the bottom of it. And that included the treatment of General Flynn.”

Thank God for AG Barr.
What amazes me is the response from some in the left.  They are attacking AG Barr rather than discussing what was done to General Flynn.
It’s obvious that General Flynn was trapped and that’s not acceptable, whether you work for this president or any other.
P.S.  You can listen to my show (Canto Talk) and follow me on Twitter.
Posted by Silvio Canto, Jr. Post Link ---> 6:46 AM 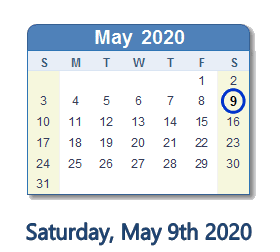 "Hello dolly":  On this day in 1964, Louis Armstrong ended The Beatles' historic domination of the US pop charts.   The band from the UK had the # 1 song on Billboard for 100 days.  It was truly amazing!

Hall of Famer:    We remember Tony Gwynn who was born on this day in 1960.  He put together an amazing career:  .338 career average or the best since Ted Williams retired with a .344 average.   Unfortunately, I did not get to see Gwynn play because I’ve always lived in AL cities.   He was the quiet superstar and best pure hitter since Rod Carew.

Check out our podcasts.
P.S.  You can listen to my show.  If you like our posts, please look for ”Donate” on the right column of the blog page.