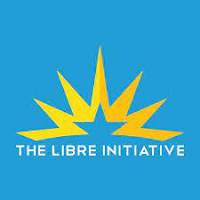 Guest: We will discuss the 'Dignidad' initiative with Jorge George Martinez. Jorge has served in various roles with The LIBRE Initiative since 2012, and is currently the Coalitions Director in Texas.........and more stories....,,,click to listen:
Posted by Silvio Canto, Jr. Post Link ---> 6:00 PM

Wednesday's video: President Biden is playing defense with Ukraine
P.S.  You can listen to my show.  If you like our posts, please look for ”Donate” on the right column of the blog page.
Posted by Silvio Canto, Jr. Post Link ---> 4:30 PM

Maybe we need to call them CCCP and beat them again

Back in 1980, or 42 years ago this week if you can believe that, the USSR had just invaded Afghanistan and the world was a mess.  US diplomats were hostages in Iran.  The economy was tanking and the dreaded inflation was about to hit the pocket books of millions of Americans.  Communism was on offense in Africa and Central America.  There was discontent from coast to coast, or "A crisis of confidence" as President Carter called it.  Wonder why there was such a crisis of confidence?   The crisis got bigger after the speech.

Back in 1980, many of us spent President Washington’s birthday watching an Olympic hockey game.  It passed into the history pages as the “Miracle on Ice”.  It was the first hockey game that I ever paid attention to!   We didn't talk too much about hockey with our Cuban parents, as you might understand.

The U.S. beat the old USSR in the Olympic semifinals to move on to the gold game.  It was a great game.  In fact, listening to Al Michaels of ABC call the last minute of that game was unbelievable.

Here is the story of that day:

“In one of the most dramatic upsets in Olympic history, the underdog U.S. hockey team, made up of college players, defeats the four-time defending gold-medal winning Soviet team at the XIII Olympic Winter Games in Lake Placid, New York. The Soviet squad, previously regarded as the finest in the world, fell to the youthful American team 4-3 before a frenzied crowd of 10,000 spectators. Two days later, the Americans defeated Finland 4-2 to clinch the hockey gold.”

It gave us the uplift that we all needed back then!

Could we have another uplifting moment like that?  I don't know because the 1980 Winter Olympics were in Lake Placid, New York, not communist and tyrannical China in 2022.  Big difference.  Also, is sports too "woke" these days to understand what defeating the other superpower on George Washington's birthday means.  I don't know too many kids brought up in CRT History class.

I don't know if we could repeat the moment, but I was so happy that I got to see it and celebrate the win.  Being optimistic, I hope that a future generation can enjoy what I enjoyed 42 years ago this week.

We remember Ronald Kenneth Hunt who was born in St. Louis on this day in 1941.

As a consequence, Hunt retired with a .368 on-base-pct.

How did he do it?   I don't know but he was very effective when you really needed a runner on base.
P.S.  You can listen to my show.  If you like our posts, please look for ”Donate” on the right column of the blog page.