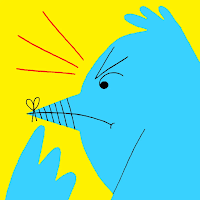 We all have new year's resolutions, from weight loss to reading more books.

In my case, I decided to get out of the Twitter world.  My decision was based on all the crazy stuff I was reading on Twitter and the obvious censorship of conservative opinions.

Now Twitter has deleted President Trump's account.  As I've heard, the decision happened after Mr. Trump said he'd skip the inauguration.  The Twitter leadership understood that as another statement that he was not accepting election results.  Really?  Didn't they watch that short video accepting the results?

This paper has a bit of history with Twitter's bias, seeing as they shut us down over a true Hunter Biden story. That incident proved that they "fact check" stories critical of Democrats far more aggressively than they do for Republicans, just as they police conservatives far more than liberals.

It's a "platform" that, thanks to Section 230, faces no responsibility for what is tweeted.

Twitter gets to censor whomever it likes, but throws up its hands at hate speech and libel with a "not our problem!"

If Twitter was a private publisher, this would be annoying but unavoidable. But it isn't.

Unfortunately, the 50-50 tie in the U.S. Senate may buy Twitter a little time.  I hope we can move to deny Twitter the Section 230 protection because it is not really a forum anymore.

Who in the world is running Twitter?  My guess is that it can not be very smart people.
First, they ban President Trump but the Ayatollah is OK, as Senator Graham posted.   Does that make any sense?
Second, the business impact will be substantial, as Monica Showalter discussed.  How do you kick out a guy with 80 million followers?  That sounds like a lot of "traffic" to me!
Third, Parler, the alternative to Twitter, is booming:  Parler rises to No. 1 on App Store after Google suspension.