Thursday's video: The FBI and the Trump campaign

It’s hard to write books about a blank presidency 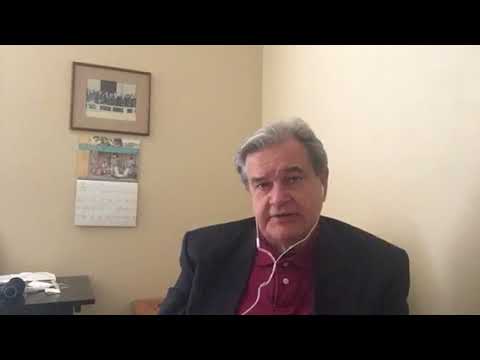 As a business recruiter (or “headhunter”), I look at a résumé to see a person’s professional timeline. What did he do? Why did he go here and there? What did he accomplish? What did he contribute to that company?
Imagine looking at President Obama’s presidential résumé. It’s growing blanker by the day as more and more of what he did gets deleted by his successor.
Apparently, I am not the only one coming to that conclusion, as Eliot A. Cohen wrote:

They are learning a hard lesson: that policies constructed by executive order and executive agreement are just as easily blown up by them.
Having contemptuously dismissed the foreign-policy establishment as “the Blob,” they are learning that actually, it had a point: It understood the Russian threat better than they did, and was from the outset far more alert to the dangers of Trump than they were.
Their big foreign-policy achievements are smoking (in one case, poison-gas-reeking) ruins — from the recognition of Cuba to the Iran deal, from the Trans-Pacific Partnership to the Libya intervention, and from the supposed pivot to Asia to the treaty eliminating Syria’s chemical weapons.
They deserve their mortification, in part because, while in office, they thought they could treat constitutional requirements and everyone else’s opinions with contempt.
Then-Secretary of State John Hay was nearly driven mad by having to persuade the Senate to ratify the treaty signed by the Theodore Roosevelt administration that finally settled America’s disputes with Great Britain, but it was worth it.
The Obama team never even considered doing what the Constitution demands and making the Iran deal a treaty.
Nor did it attempt seriously to convince Congress to reexamine its authorizations for the use of military force in Iraq, Afghanistan, and elsewhere.
George W. Bush at least sought and received congressional authorization for the 2003 Iraq War.
When the Obama administration went to war in Libya, it thought approval by the people’s representatives an unnecessary legal nicety.

It’s understandable, but hard to feel sorry for these veterans of the Obama  administration.
First, they tried to pull a fast one on the country under the expectation that Hillary Clinton would keep the story moving forward. The election of Donald Trump pulled the rug on them.
Second, it’s hard to believe that none of these veterans, such as Secretary Kerry, understood the fallacy of making a deal rather than pursuing a treaty. Yes, I understand that a treaty would have looked different than “the deal,” but Secretary Kerry and President Obama would have won with a fancy signing ceremony.   At the very least, a treaty would have guaranteed their their work could not be deleted by the next guy.
President Obama is lucky because most of the historians like him and what he tried to do. Eventually, a new generation of historians will look beyond and see a failed presidency. He does not have much of a legacy, and that’s all you can say.
P.S. You can listen to my show (Canto Talk) and follow me on Twitter.

\Who knew that "crossfire hurricane" was about the FBI and Trump campaign?

The New York Times broke the story...........the FBI and the Trump campaign.....there is a good analysis by Mollie Hemingway.    She is correct that the article is based on leaks preparing the way for the FBI report about to be released.    I don't want to jump to conclusions but the report won't make Mr. Comey & Mr. McCade look good.

The FBI called it "crosstown hurricane" right out of "Jumpin' Jack Flash":