Sunday's video: The Democrats going to the left 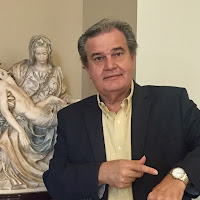 Sunday's video:   The Democrats going to the left

An early word about the Texas elections

According to some national reports, the “Beto” wave is about to turn Texas blue.  This is based on some very good fundraising numbers for Mr. O’Rourke, the very liberal man from South Texas.
Congratulations to Beto, but will it make any difference?  I don’t think so.  Let me tell you why:
1. The polls show Senator Cruz ahead of Representative O’Rourke, anywhere from 7 to 11 in the last five polls.  Beto has not hit 45% in a single poll yet.
2. The actual votes cast show that Beto has “problemas” that money can’t fix.
Back in March 2018, both sides settled their U.S. Senate choices in the first round.
The first round numbers show that Representative O’Rourke got 642,000 (of the 1 million Democrats who voted) versus 1.3 million that went for Senator Cruz.
We should add that there was no suspense on the GOP side, whereas Mr. O’Rourke spent a lot of money but lost almost 40% of the vote to a couple of strangers.
In other words, I have a lot of friends who skipped the GOP primary on the grounds that there weren’t contested races statewide.  Many of these same friends are planning to vote in November.
Like sports, you never assume victory until the game is over.  I’m sure that the Cruz campaign knows that well and will hit the airwaves soon, reminding voters that Beto is a very liberal man.
Last, but not least, let’s not forget that the popular Governor Abbott will be on the top of the ticket here.
A Beto wave?  Probably, but not with the people who vote in Texas.
PS: You can listen to my show (Canto Talk) and follow me on Twitter.

The Clintons and Harvey.....

If Hillary Clinton had won the election, Harvey Weinstein would have joined them for their victory speech.

Well, this headline makes me comfortable about my prediction:  "Hillary and Bill's intimate dinner with Harvey Weinstein weeks after her election loss - showing just how close the Clintons were to the 'serial rapist' movie mogul..."

Harvey was OK as long as he donated to the Democrat women!

Yesterday, the stock market hit 14,000! It is a new record high! Obviously, someone likes what President Bush is doing:


"In just the past year alone, the Dow has gained a remarkable 30 percent. Meanwhile, Europe and Asia are up about 30 percent, Japan 23 percent, and emerging markets more than 60 percent. Clearly, the world is voting -- with real money -- for the American system of free-market capitalism. And it's my strong suspicion that the majority of the global investing community supports the Iraq War and a steadfast U.S. commitment to stop terrorism. They seem to know that if the United States doesn't do it, no one else will." (A Stock Market Vote of Confidence for BushBy Lawrence Kudlow)

So cheer up. The economy is doing well.

July 2007: A word about the young people who are wearing the uniform

In past blogs, I have written about the courage, commitment and sacrifice of US troops. For a long time, US troops have freed more people than any author, writer, poet, singer, "Hollywoodie", journalist, college professor or pacifist.


From France '44 to Iraq, US troops have liberated more people than any other military force in history.


Bottom line: US troops are liberators!

July 2007: The majority that can't do anything!


Have you ever seen anything like this? The Democrats won the mid-term elections and declared a mandate to change everything.


Today, they are facing a huge backlash from the country.


Why? Because they have not done anything.


Back in '95, the new Republican majority passed a bunch of new laws and made a difference. The current Dems have not done that!


In this case, divided government has not worked. My guess is that the Democrats have another 6 months to change the public perception. Otherwise, Nancy Pelosi and Harry Reid will be electoral liabilities to the party's nominee in 2008!

For years, many of us admired NASA for its astronauts and incredible achievements. Unfortunately, NASA has been hit by some very bad news, from a woman chasing another woman to drinking on the job.


Of course, it represents a few people. Most NASA employees are first rate professionals. Sadly, they have given NASA a black eye!


Clean up the bad apples and reach for the stars!

July 2007: Soccer gives the Iraqis something to smile about

During Saddam's reign, Iraq was a police state. There were mass graves, unspeakable repression and unbelievable brutality.


Since Saddam fell, Iraqis have voted three times and put up with daily terrorist attacks.


Yesterday, Iraqi had a chance to smile and cheer for something. The soccer team won and everyone was thrilled.


Iraq has so much potential. It has oil and a wonderful people. Let's hope that this is the beginning of something new.

The latest from Texas elections and other stories with George Rodriguez