A Christmas 2021 chat with Frank Burke 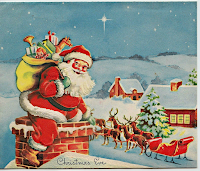 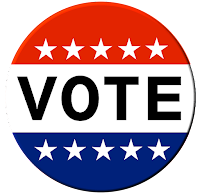 Saturday’s video:
Hispanics and politics
Click to watch
P.S.  You can listen to my show (Canto Talk).  If you like our posts, click send drop a dime here.
Posted by Silvio Canto, Jr. Post Link ---> 12:00 PM

Everybody is talking about Democrats and Hispanics going separate ways

Over the last few months, talking about Hispanics is suddenly in the news.   Maybe that Wall Street Journal poll got everybody talking, with a 37-37 tie for who should run Congress.  Maybe Rudy Teixeira, the man who invented the demographics argument, is now pulling back his prediction about Hispanics creating a permanent majority or the Californization of the U.S.

Let's add another voice to the choir.   This is from Eric Levitz:

This winter, Democratic strategists have many causes for discontent. Inflation is eroding Joe Biden’s approval rating and his party’s standing in 2022 midterm polls. The president’s stalled agenda is dispiriting progressive activists and keeping the media’s focus on Democratic disarray. In recent polls, Donald Trump is holding his own in a hypothetical 2024 rematch.

Biden’s approval rating has declined with just about every demographic. But no racial or ethnic group has soured on the president more than Hispanics, according to FiveThirtyEight’s aggregation of all available polls.

To say the least, all this talk about Hispanics and Democrats has come to the attention of Univision Dallas.   On Thursday night, I recorded a segment for their weekend "Al punto," a political discussion show that I've visited before.

The moderator asked me about the aforementioned WSJ and some of the other polls.  This is what I told him.

The best evidence of the problem is Texas.   I've referred to this concerning the elections in Arlington and Ft. Worth, a couple of big cities with huge Hispanic populations that elected GOP mayors easily.   In November, a Hispanic GOP defeated a Hispanic Democrat in a San Antonio district taken for granted by the Democrats.

And the border has become Exhibit A of the Democrats' collapse.

Last, but not least, Robert O'Rourke is down 15 against Governor Greg Abbott.  Beto is in such bad shape that his only hope is that we get another ice storm and the lights go out.

Yes, it's for real that Hispanics are souring on the Democrats.   I guess that's what happens when your message is for San Francisco rather than Texas.

To paraphrase Elvis, "...There's nothing left to do but go our separate ways And pick up all the pieces left behind us "

Well, romance and politics do have a lot of common, i.e. love, hate and people change when the other party gets really weird.