A speech that did nothing to unite us 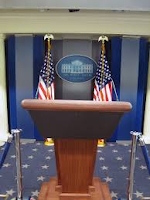 Before President Biden spoke, I hoped that he would take a second and recognize the Trump’s administration’s vaccine success and the work of thousands in dealing with a once in a century pandemic.

Well. so much for wishful thinking.

Biden is either an angry partisan or totally disconnected from reality.

Has no one told him that the U.S.-Senate is 50-50?  or the House almost the same?  or that several states are suing his administration over the executive orders?  His overall approval numbers are 53% at the RCP average, not exactly an overwhelming standing.

Or that his COVID bill passed by the slightest margin?

He was incapable of giving the slightest credit to his predecessor, although President Donald Trump is almost solely responsible for advancing the vaccine timetable more than anyone could have hoped for. Trump was roundly condemned by the Democratic media last May for predicting a virus before year-end, but it was in fact distributed starting on December 11, and on Inauguration Day, one million vaccinations were effected in the United States for the first time.

Doesn’t President Biden know that?  Or his political advisors?  Or speech writers?

We move on more divided than ever and a president who keeps adding gasoline to the fire when he tries to unite us.