Thursday’s video: Score one for the Covington young man!

Thursday’s video:
Score one for the Covington young man!
Click to watch:

Pelosi now has Democrats calling her out

It must be tough being Nancy Pelosi these days.
First, she spent all of the year warning that a partisan impeachment (one-party vote) would divide the country further and not really work.
Second, she was persuaded to rush the articles of impeachment before Christmas, only to delay sending article of impeachment to the U.S. Senate.
Now some Senate Democrats are asking for her to send the articles to the U.S. Senate.
This is from NBC:

A growing number of Democratic senators are saying it’s time for House Speaker Nancy Pelosi, D-Calif., to submit the articles of impeachment against President Donald Trump to the Senate.“We are reaching a point where the articles of impeachment should be sent,” Sen. Richard Blumenthal, D-Conn., told reporters Wednesday.In an interview with MSNBC’s Andrea Mitchell on Tuesday, Sen. Angus King, a Maine independent who caucuses with the Democrats, said he believes “it is time for the speaker to send” the articles.

On top of that, I wonder how many of those Trump district Democrats are crazy about the delay, too.  These Democrats were told last fall that the impeachment vote was crucial to protect our Constitution.
Speaker Pelosi has just proven to be an ineffective leader and manager.  Maybe she was trying to save her job by caving in to impeachment.  No matter what, she looks awfully foolish before a public weary of so much time spent impeaching rather than solving real problems, like health care,
PS: You can listen to my show (Canto Talk) and follow me on Twitter.
Posted by Silvio Canto, Jr. Post Link ---> 7:52 AM 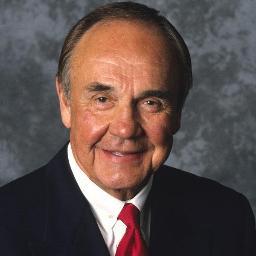 Enberg called many games over the years, specially for West Coast teams.   I do recall him doing post-season baseball and many football games, as well.