Sanders and the not very serious Democrats

(My new American Thinker post)
The Clinton-Sanders campaign is now about who’s qualified to be president. He said that she is not because of the Iraq War vote. She said that he is not because his numbers don’t add up.
Question: Did Senator Sanders vote for Senator Kerry in 2004? Didn’t he also vote for the Iraq War?
Senator Sanders’ success speaks volumes about the lack of seriousness in today’s modern Democrats. It was there for all to read in a recent interview with the New York Daily News. Chris Cilliza got this one right:

Here’s an exchange between the editorial board and Sanders on how, specifically, he would break up the biggest banks in the country:
Daily News: And then, you further said that you expect to break them up within the first year of your administration. What authority do you have to do that? And how would that work? How would you break up JPMorgan Chase?
Sanders: Well, by the way, the idea of breaking up these banks is not an original idea. It’s an idea that some conservatives have also agreed to.
You’ve got head of, I think it’s, the Kansas City Fed, some pretty conservative guys, who understands. Let’s talk about the merit of the issue, and then talk about how we get there. …
Daily News: Okay. Well, let’s assume that you’re correct on that point. How do you go about doing it?
Sanders: How you go about doing it is having legislation passed, or giving the authority to the secretary of treasury to determine, under Dodd-Frank, that these banks are a danger to the economy over the problem of too-big-to-fail.
Daily News: But do you think that the Fed, now, has that authority?
Sanders: Well, I don’t know if the Fed has it. But I think the administration can have it.
And this back-and-forth over the consequences of forcing the closure or fundamental reorganization of the big banks:
Daily News: So if you look forward, a year, maybe two years, right now you have … JPMorgan has 241,000 employees. About 20,000 of them in New York. $192 billion in net assets. What happens? What do you foresee? What is JPMorgan in year two of …
Sanders: What I foresee is a stronger national economy. And, in fact, a stronger economy in New York State, as well. What I foresee is a financial system which actually makes affordable loans to small and medium-size businesses. Does not live as an island onto [sic] themselves concerned about their own profits. And, in fact, creating incredibly complicated financial tools, which have led us into the worst economic recession in the modern history of the United States.
Daily News: I get that point. I’m just looking at the method because, actions have reactions, right? There are pluses and minuses. So, if you push here, you may get an unintended consequence that you don’t understand. So, what I’m asking is, how can we understand? If you look at JPMorgan just as an example, or you can do Citibank, or Bank of America. What would it be? What would that institution be? Would there be a consumer bank? Where would the investing go?
Sanders: I’m not running JPMorgan Chase or Citibank.
There’s more — lots more — including an exchange over what law, exactly, Wall Street executives broke during the economic collapse and how Sanders would actually prosecute them. But the two passages above give you some idea of how the bulk of the interview went: the Daily News pressing Sanders for specifics and asking him to evaluate the consequences of his proposals, and Sanders, largely, dodging as he sought to scramble back to his talking points.

And there is more. Senator Sanders does not have a clue of what is going on in the Middle East. He blames everything on the Iraq War and overlooks President Obama’s decision to withdraw troops in 2011, the famous Syrian line about using chemical weapons and Ukraine. And don’t get me started on Israel!
Worse than that, his supporters don’t seem to care. They think that the presidency is about college tuition, free health care, distributing wealth or breaking up corporations. Can someone remind Senator Sanders that he is running for president of the U.S. and not Norway?
We have not had a serious debate in this campaign about the Middle East, or the one issue that will consume the next president. Or what about Obama Care? Do his supporters think that you can fix the failed plan by just talking about a single pay plan that does not have the votes in Congress?
His campaign has also overlooked Secretary Clinton’s email scandal. Madame Secretary, as Senator Sanders refers to her, showed no respect for the law or exercised very bad judgement.
Why doesn’t a reporter ask him: How would a President Sanders react to having a Secretary of State using a private server to conduct official business?
His campaign has also overlooked the “rigged” super delegate game in the Democrat Party. Why is he talking about corruption in Wall Street and overlooking the way that the party is stealing delegates from him?
Sanders may be a nice man or that uncle who lives in a university town who wears a “Che” shirt on May Day. However, his supporters confirm that this is not the party that once produced candidates like Scoop Jackson, Hubert Humphrey or JFK.
P.S. You can listen to my show (Canto Talk) and follow me on Twitter.

Clinton vs Sanders, the GOP and others with Barry Casselman, The Prairie Editor. 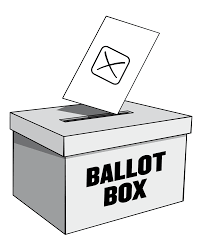