A video commentary about 9-11

DACA in Congress Hurricane Irma and memories of 9-11

Did anyone in the media hear that a U.S. Senator is on trial? 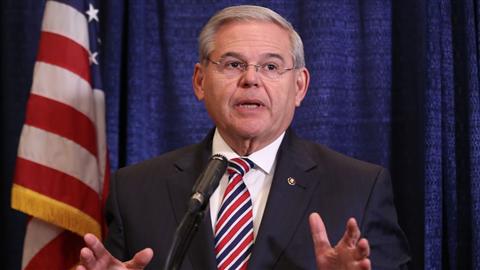 Over the last few years, I have supported Senator Bob Menendez for his tough stance on Cuba and Iran. In other words, this is not your typical Democrat who went along with two of President Obama’s worst deals.
So thank you to Senator Menendez for showing that there is more to the Democrat than identity politics.
At the moment, Senator Menendez is caught up in a legal battle. Frankly, I don’t know how it will end up.
Nevertheless, I do know that no one in the  media seems to care about it, as we see in this report:

The trial of Sen. Bob Menendez, a New Jersey Democrat, kicked off this week but the mainstream media didn’t pay much attention.
It’s the first time a sitting United States senator has faced a federal bribery trial in 36 years, but CBS, ABC and NBC News did not devote any time to the trial in their Thursday night newscasts.
Judge Jeanine Pirro reacted this morning on “Fox & Friends,” saying it shows that the media is only interested in “truth and justice” for one side.

Frankly, it’s hard to disagree with Judge Pirro.
Media apologists will probably say that there is too much going on, from Hurricane Irma, to DACA, to North Korea, to the recovery in Houston and so on and so on.
We do ask a simple question: Would there be this absolute silence if the accused was a GOP senator, specially a staunch opponent of abortion and same-sex marriage.
Let me take a guess and say no, or no way!
And they wonder why their credibility is low.
P.S. You can listen to my show (Canto Talk) and follow me on Twitter.
Tags: Senator Menendez the trial and the US media To share or post to your site, click on "Post Link". Please mention / link to the My View by Silvio Canto, Jr. Thanks!
Posted by Silvio Canto, Jr. Post Link ---> 6:30 AM

It must be a sign of the times or maybe the ghost of crazy futures?   How else do you explain an article like this?    According to The LA Times, the state of California faces an interpreter shortage because they speak 220 languages in the court system.
Yes, I said 220:

Federal law enforcement began investigating California’s courts seven years ago after receiving complaints that two Korean-speaking women in Los Angeles had been denied court interpreters.
Courts in other states also were examined and faulted. Along with California, they began working to comply with U.S civil rights law, which bars discrimination based on national origin. Failure to act meant the possible loss of federal money.
At least 220 languages are spoken in California, and 44% of residents speak a language other than English at home. Seven million Californians say they cannot speak English well.
On top of that, California’s court system is considered the largest in the nation, surpassing in size the entire labyrinth of federal courts.
But nowhere has the task been so challenging as in California, the most linguistically diverse state in the nation.

With all due respect to the people and their languages, this is no way to run a state, or less a country.   At some point, people have to learn English.
Like many of you, I came to the US and remember my parents emphasizing the importance of learning English.      “Hay que aprender ingles” was something that we heard often.   My father would practice English in his time off.
I do have one last question.    There is talk of California seceding from the US.   What language will the future nation of California speak?
PS: You can listen to my show (Canto Talk) and follow me on Twitter.
Tags: 220 languages in California courts To share or post to your site, click on "Post Link". Please mention / link to the My View by Silvio Canto, Jr. Thanks!
Posted by Silvio Canto, Jr. Post Link ---> 4:30 AM