A chat with Leslie Eastman and Dawn Wildman 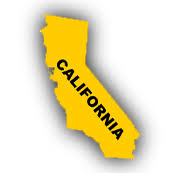 NAFTA back to the table

Eight years ago, then-senator Obama called for a renegotiation of NAFTA.  We understand that Mr. Obama did it in 2008 to beat up Mrs. Clinton, who had supported the trade agreement.
Nevertheless, this is where we are today:

The Trump administration gave Congress official notice on Thursday that it plans to renegotiate Nafta but provided only the vaguest of hints about modest changes President Trump would seek to an agreement that he has called “the worst trade deal ever.”
In a brief letter to lawmakers, Robert Lighthizer, the newly confirmed United States trade representative, said the administration aimed to support economic growth and better-paying jobs through unspecified improvements to Nafta that would modernize the 23-year-old agreement. But the notice — a drastically scaled-back version of a draft the administration circulated this year — promised no major modifications of the sort that the president has hinted he will seek.
Mr. Trump had threatened to withdraw completely from the agreement, only to relent in late April when the leaders of Canada and Mexico, the other parties to the deal, called and asked him to renegotiate instead. Sonny Perdue, his secretary of agriculture, also presented Mr. Trump with a map illustrating the potential negative consequences for American farmers if the deal were shut down.

We will see where it goes from here.
As a supporter of NAFTA, I welcome the review.  After all, 23 years is a long time, and some adjustments may be in order.
On the Mexico side, NAFTA is controversial.
On the one hand, professional and well educated Mexicans love the fact that they can work in all of those multinational companies that headed south.  By the way, I am not talking only about U.S. companies.  Go to San Luis Potosi in central Mexico or Queretaro, about two hours north of Mexico City, and you will see an amazing display of international operations.  These companies are using cheaper labor but rely on very well paid professional Mexicans to work in accounting, quality control, and general management.
On the other hand, talk to small retailers or grocers, and they will tell you that NAFTA, and all of those cheap imports, put them out of business.  They correctly point out that Mexico’s GDP has not kept up with other countries.
So my guess is that a NAFTA renegotiation will get a thumbs-up south of the border.  I remember all of the rhetoric of 1993, or how NAFTA would pull Mexico out of the Third World.  Yes, you can see all of those modern plants all over Mexico, but there is no sense, fair or unfair, that the workers or farmers have benefited at all.
Let the talks begin.  NAFTA is probably going to be a huge topic in Mexico’s 2018 presidential elections.
P.S. You can listen to my show (Canto Talk), (YouTube) and follow me on Twitter.
Tags: NAFTA back on the table  To share or post to your site, click on "Post Link". Please mention / link to the My View by Silvio Canto, Jr. Thanks!
Posted by Silvio Canto, Jr. Post Link ---> 7:30 AM