Have we found a new Hunter Biden in Mexico?

During our trip to Mexico over Christmas, I learned of the story of the other son of a president.  I'm talking about José Ramón López-Obrador, 40 years old and the son of President López-Obrador.  Here is an update by Andres Oppenheimer:

According to the investigation, a former top executive of the Texas-based Baker Hughes oilfield services company rented his nearly $1 million home in Houston to Lopez Obrador's son from August 2019 to January 2020. During that time, Baker Hughes significantly increased its contracts with Mexico's state-owned Pemex oil monopoly, the MCCI report says.

Lopez Obrador vehemently denies any wrongdoing by him or his son, but he has not yet disputed the key facts in the report. Instead, the president has tried to divert public attention by threatening to cut diplomatic ties with Spain over vague charges of business exploits dating back to colonial times.

He is also using his daily morning press conferences to accuse the authors of the report and other prominent journalists of allegedly being unpatriotic and serving foreign interests — the oldest trick in the populists' book.

Where does this story go, and what happens next?  We will see.  I will tell you this:

First, I found a strong and emotional base of support for President López-Obrador.  His supporters stand by their man.  You either love or hate this man.  If you love him, then no logical argument will suffice.  I have never seen that in Mexico before.  In other words, it's going to take one heck of a scandal to bring this man down.

Second, I do give credit to the Mexican press for asking questions about the president's son.  They are not protecting him as we saw up here when our media just put aside the Hunter Biden story.  No such thing is happening down there.  Thumbs up.

Time will tell, but something will probably come out one way or another south of the border.  Add to the son problem a struggling economy recovering from COVID, and it could get tough for the man they call AMLO. 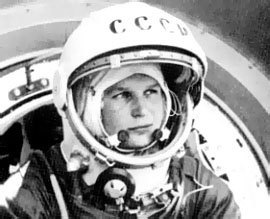 We remember Valentina Tereshkova who was born in Russia on this day in 1937.

On June 16, 1963, Cosmonaut Valentina Tereshkova of the USSR became  the first woman in space. She flew 48 orbits and 71 hours.

Octavio Victor (Rivas) Rojas was born on March 6, 1939, in Havana, Cuba.  According to The Society of Baseball Research, his mother gave him the Spanish nickname “Cuqui”, meaning charming or adorable, when he was young.   Eventually “Cuqui” became “Cookie” when he got to major league baseball.
Rojas played 4 seasons in the Cuban winter league.  He won the last batting title (.322) of the Cuban winter league, 1960-61.
Rojas broke with the Reds in 1962 but was traded to the Phillies.   In 1964, Rojas was at shortstop when Jim Bunning pitched a perfect game on Father’s Day.    In 1965, Rojas made the NL All Star team, hit .303 and got many votes for the NL MVP award that year.   He spent the rest of the 1960’s with Philadelphia.
In 1970, Rojas got a second chance with the expansion Kansas City Royals.   He became a team leader and one of the most popular Royals ever.  He represented the Royals in the AL All-Star Game four consecutive years, 1971-74.
He retired as a Royal in 1977 with a .263 career batting average, 1,660 hits and a reputation for being a great influence with young players in the clubhouse.
In the 1980’s, Rojas was named the 29th most popular Royal ever.
P.S.  You can listen to my show.  If you like our posts, please look for ”Donate” on the right column of the blog page.
Posted by Silvio Canto, Jr. Post Link ---> 12:02 AM