Monday’s video: I voted for Trump and hope that you will too Click to wa... 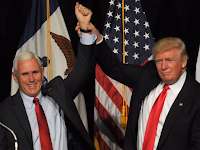 Yes, I voted for President Trump in Texas 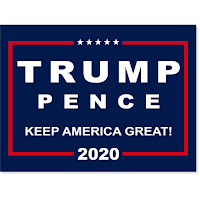 A few days ago, I voted for President Trump here in Texas.  My vote was about President Trump's accomplishments.  It was an easy decision to make.   (I should add that I was not a Trump supporter in the 2016 primaries.  Nevertheless, he has persuaded me with his actions that he is the right man for the job)

Let me say that President Trump's judicial appointments is my favorite part of his record, from three Justices in the Supreme Court to hundreds in the lower courts.   We will call it The Trump Court and will be his greatest legacy.  If re-elected, The Trump court will be even more consequential.

On the economic front, we had a great economy in March.  I agree with the Las Vegas Review Journal:

And for all the chatter on the left about “economic inequality,” a Federal Reserve report published last week reveals that, under Mr. Trump, “families near the bottom of the income and wealth distributions generally continued to experience substantial gains” between 2016 and 2019.

Expanding opportunity, not progressive prescriptions of wealth redistribution, remains the key to reducing inequality, and Mr. Trump has delivered in that regard.

Yes he has.  It's a wonderful economic record.

Unfortunately, we had to shut it down but the recovery has been steady.  There are still too many people out of work or businesses shut down but we are heading in the right direction.

Who can take us back to the March 2020 economy?   My money is on President Trump.

On the foreign policy front, he is not loved in Cuba, Venezuela, and Iran, and Putin has a lot of sanctions to deal with.    He wiped out ISIS and just completed another Middle East agreement.   He pulled the U.S. out of the misguided Iran Nuclear Deal and the Paris Climate Accords.  NATO allies are finally paying up! As for China, it will be the greatest challenge of the second term.

Sadly, it's COVID that dominates our politics.  I don't think that anyone else would have done any better but 220,000 dead is a terrible burden.

Last but not least, the other side is unacceptable.  I'm not scared by former VP Joe Biden but the crowd around him should worry the heck out of any freedom-loving American.  Add to this that Biden can't put in a whole day at the office and you have to seriously consider the possibility that Senator Harris is likely to be President Harris.

Biden's unwillingness to say "yes or no" on court packing and his ridiculous back and forth on fracking makes him, and the people around him, super dangerous.

So I voted for President Trump and I hope that you will too.