Yearbook photos plus abortion comments & Venezuela plus other stories 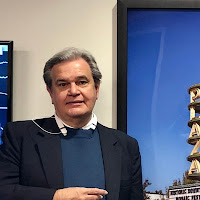 We will take the Virginia governor controversy, from late term abortion to now yearbook photos.......Venezuela and a general breaks with Maduro.....President Trump and the State of the Union........Super Bowl weekend and other stories.....click to listen:

Word games have caught up with abortion supporters

We were reminded this week of the late term abortion exchange between Donald Trump and Hillary Clinton in 2016.
My guess is that we will watch this video or discuss this issue as 2020 approaches.  I should add that it was this issue, and the judges that a President Trump would nominate, that led me to vote for him.
This is from Brooke Singman:

Scare tactics?  It will be difficult to play that card after New York, what they are talking about in Rhode Island, and what just failed to pass in Virginia.
For years, the abortion supporters have played word games with abortion, i.e. it’s a woman’s body or choice.
Furthermore, Planned Parenthood and judges have stopped efforts to limit abortion, such as “the heartbeat law” in Iowa or restricting clinics in Texas.
All these efforts were aimed at letting a woman choose about abortion.   I’m sure we’ve all heard the “stay away from my body” arguments and Senator Ted Kennedy talking about the days of “back alley abortions“.
Word games have finally caught with abortion supporters.
If it’s a woman’s choice, or her body, why can’t she choose to have an abortion in the eighth month or the day before birth?  Why not?   Isn’t it her body, after all?
If a woman can not have an abortion in the eighth month because you can hear a heartbeat or see a baby figure then why can she have an abortion in the 12th week when there is also a heartbeat?
As the father of three sons, I have always found the defense of abortion as barbaric.  Maybe barbarism has finally caught up with the abortionists.
P.S.  You can listen to my show (Canto Talk) and follow me on Twitter.   You can hear our show with Alicia Colon about the New York law:

The meteorite that hit Cuba: What would Alvarez-Guedes say?

Let me confess my two reactions to the story from Cuba:
First, a little surprise or shock:

Residents and tourists in the town of Vinales in western Cuba say they saw a flare pass through the sky and heard an explosion in what state media say may have been a meteorite.
The ball of fire and smoke trails appeared in a clear midday sky Friday, residents said there was a rain of small black stones that did not cause any material or human damage in Vinales in Pinar del Rio province. People said they also heard explosions in Havana.

Second, what would Alvarez-Guedes say about this?
It’s been a strange year down in the island, from “crickets gone wild” to now a “meteorite” in Pinar Del Rio.
What’s next?  “El dia que se cayo Raul” to paraphrase Alvarez-Guedes!
P.S.  You can listen to my show (Canto Talk) and follow me on Twitter.
Tags: The meteorite that hit Cuba: What would Alvarez-Guedes say? To share or post to your site, click on "Post Link". Please mention / link to the My View by Silvio Canto, Jr. Thanks!
Posted by Silvio Canto, Jr. Post Link ---> 10:00 PM