A chat with Lorenzo Martinez, author of "Cuba adios" 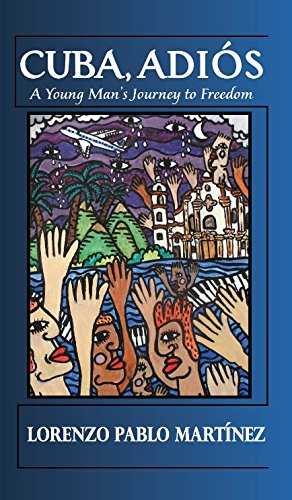 Let’s have an open Obamacare debate

(My new American Thinker post)
According to news reports, the Democrats want to fight for the Affordable Health Care Act:

Senate Democrats are issuing a new warning to Republicans plotting a quick repeal of Obamacare next year: Don’t count on us to help replace it.
“It they break this, they own it,” said Sen. Patty Murray, who will be the third-ranking Senate Democrat in the new Congress. “They have failed to come up with any plausible way to provide care and health care insurance for so many people. If they take it away, they better tell us how to fix it because they broke it.”

I can’t wait for Democrats to fight for it on the record. Let’s have actual votes, not campaign speeches, about ObamaCare. Let’s really see how many Democrats will stand up and defend a program that is not working.
Unlike before, the GOP will actually present a plan to replace ObamaCare with. It’s not just repealing the existing law. It is putting an alternative on the floor and having an up and down vote on its merits, or exactly what did not happen in 2009.
Ed Morrissey reports that such a replacement is ready and will look like a plan that has been around since 2009:

Democrats have repeatedly accused Republicans of having no alternative to the ACA for health insurance reform, but Price introduced a bill in July 2009 that would have offered reform on free-market principles rather than a federal government takeover of the insurance markets.
Called the “Empowering Patients First Act,” it included the following:
Tax incentives for buying health insurance rather than a mandate and tax penalties for opting out.
Federal block grants to states predicated in part on establishing high-risk pools for people with pre-existing conditions.
Expansion of health-savings accounts (HSAs) for pre-tax medical expenses. Freeing up interstate insurance sales to allow for greater competition.
If that sounds familiar, it’s because Price had a lot of influence on the latest proposal from House Republicans on an Obamacare replacement. Called “A Better Way,” House Speaker Paul Ryan published it this summer to give Republicans a platform on which to use the election as a referendum on the Obamacare. It includes the same concepts and goals of Price’s 2009 legislation, and Price worked closely with Ryan to keep the focus on free-market reforms mixed with tax credits and state jurisdiction.
While a full repeal would have to originate in Congress, Price’s nomination promises quick action to roll back regulatory changes that come from the blank-check authority given to HHS by the ACA. The controversial contraception mandate will almost certainly be at the top of that list. Price has opposed that from the moment Kathleen Sebelius issued the regulation, specifically citing its infringement “with our fundamental right to religious freedom.”

So let’s do it. Let me hear Democratic senators defend ObamaCare, especially many of the ones running for reelection in 2018.
The GOP alternative will likely protect those with “preexisting conditions”, one of the popular features of the ACA.
Let’s start the debate. I want to hear senators actually debating laws. Wouldn’t that be an improvement from the Majority Leader Reid years?
P.S. You can listen to my show (Canto Talk) and follow me on Twitter.
Tags: Obama Care in 2017  To share or post to your site, click on "Post Link". Please mention / link to the My View by Silvio Canto, Jr. Thanks!
Posted by Silvio Canto, Jr. Post Link ---> 7:30 AM