Oil tanker attacks in Gulf of Oman......Oberlin College hit with more damages......Sarah Huckabee Sanders will leave her Press Secretary position......Jim Acosta saying that CNN is 'pro-truth' not 'anti-Trump'......Miranda Rights 1966.......and other stories.......click to listen:

Thursday's video: Stop all of this talk about impeachment and get something done

Memo to Democrats: Stop all of this talk about impeachment and get something done...... pic.twitter.com/LTcCVCq5cn
— Silvio Canto, Jr. (@SCantojr) June 13, 2019

The late-night shows are totally predictable 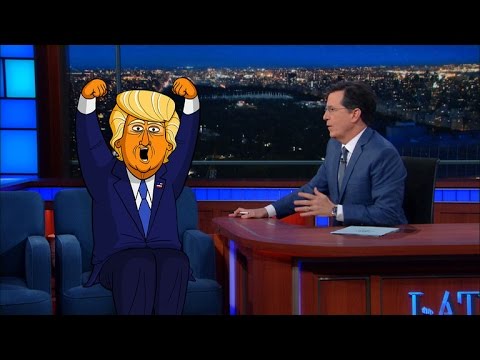 They used to be funny and entertaining, such as Johnny Carson, or often serious and thoughtful, like Dick Cavett.
Today, the shows are so predictable that it’s Trump eight days a week!
First, there is Colbert and another “homophobic” joke about Putin-Trump:

“Biden’s the dummy?” said Colbert.  “May I point out: Only one of you is sitting on Putin’s lap with his hand up your butt.”

Where is Senator Gillibrand when we really need her?  Can you imagine a similar joke about President Obama telling the Russian envoy that he’d have more flexibility after the election?  I don’t think so.
Second, the retired David Letterman had to keep his name in the conversation:

He used to be kind of like the boob of New York that pretended to be wealthy, or we thought was wealthy, and now he’s just a psychotic.  Is that putting too fine a point on it?

Letterman knows Donald Trump because he had him on the show quite a bit.  Yes, he had him on the show when he was a nice guy, or before he defeated Mrs. Clinton.
There are two rules in political humor: hit both sides, and don’t be political, because then you are funny only for the people who agree with you.
PS: You can listen to my show (Canto Talk) and follow me on Twitter.
Tags: The late-night shows are totally predictable To share or post to your site, click on "Post Link". Please mention / link to the My View by Silvio Canto, Jr. Thanks!
Posted by Silvio Canto, Jr. Post Link ---> 6:59 AM