We will look the at border wall funding debate.....President Trump and the national emergency decision.....Venezuela more isolated than ever........Reagan farewell speech 1989 and other stories....click to listen:

Did you know the original Juan Valdez of Colombian coffee fame was a cubano? 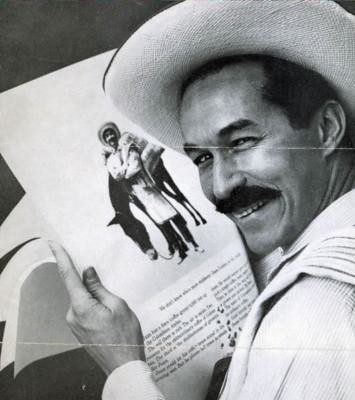 We learned this week that Carlos Sánchez, the famous Juan Valdez or Mr. Coffee died in Colombia. He was 83.
We also learned that there is a Cuban connection to the Mr. Coffee story:

Mr. Sánchez first donned Valdez’s signature wide-brimmed hat in 1969. He took over for Jose F. Duval, a Cuban actor who had played the character since it was created by the New York advertising agency Doyle Dane Bernbach in 1959.
Mr. Sánchez was Colombian and grew coffee as a youth before turning to painting and acting.
As Valdez, an indefatigable farmer with a warm expression, a lush mustache and a mule named Conchita, he became an avatar for the farmers who harvested Colombia’s coffee beans and a positive depiction of a country that was often equated with terrorism and drug trafficking.

By the way, did you know that the first “Mr. Coffee” was a Cuban?  I did not. I guess Cubans are everywhere. Duval was the face in print and TV until 1969. He died in 1993.
PS:  You can listen to my show (Canto Talk) and follow me on Twitter.