Monday's video: A few thoughts about the Super Bowl 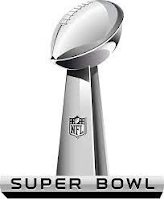 Inflation is a four-letter word with nine letters

Find one of your old economics books and look up inflation.  It will probably read something like this:

Ask your wife and she'll probably scream about spending $50 to fill the family car or show you the grocery bill and how everything is up.

I wouldn't be surprised if they are screaming a lot in the White House too. The problem is that there is no quick ramp to get out of this inflation mess. Inflation is a four-letter word with nine letters.

I think that the editorial at the New York Post paints the right picture:

You’d think President Joe Biden would’ve learned in 50 years in elected office how to handle tough questions with grace. Yet he got testy with NBC anchor Lester Holt’s simple question about historic inflation on his watch.

“Well, you’re being a wise guy with me a little bit,” Biden snarked after Holt noted that the prez had claimed in July that inflation would be temporary. (The prez really hates the topic: He got caught on a live mic calling the last reporter to ask him about inflation “a stupid son of a bitch.”)

Biden’s testiness wasn’t the half of it. He got utterly flummoxed by Holt’s questions about all the governors (mostly Democrats) rolling back mask mandates against the feds’ advice. He simultaneously referred to the actions as “premature” and “a tough call,” among a lot of other word salad.

The root reason Biden alternately rages and rambles, of course, is that he has no good answers.

Yes, the president is in a mess, a self-inflicted mess, the consequence of surrounding yourself with all of the wrong people.  Or maybe he’s listening to the people who couldn’t get the nomination but somehow have the president’s ear.

You'd think that President Biden would remember what happened to President Carter. After all, Biden got to Washington before Carter did.  You'd think that he remembered the 1980 wipeout for Democrats or the 1982 recession.

You'd think?  Well, maybe that's the problem.  The president is not thinking, or he is letting others think for him.  No matter what, it won't be a pretty ride, as any Democrat in a competitive election will tell you.