Wonder what the coach thinks of the professor? 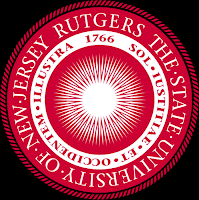 Wonder what former Coach Jon Gruden thinks of this college professor?   They took the coach out for misogynistic and homophobic language and mocking some of the players kneeling.  I am not defending Gruden's messages but they were private, or at least he thought that the communications were.    He also did not call about taking anyone out.

Enter the professor.  This is from Fox News:

A Rutgers University professor said, "We got to take these motherf---kers out," when discussing White people in September.

Brittney Cooper, an associate professor in the Rutgers University Department of Women's, Gender and Sexuality Studies, made the comment during an event titled, "Unpacking the Attacks on Critical Race Theory," hosted by The Root.

"Like, the thing I want to say to you is we got to take these motherf---kers out. But, like, we can't say that, right? We can't say, like, I don't believe in a project of violence. I truly don't," Cooper said.

So let me get this straight.  Professor Cooper wants to take the "white MF's out: but not violently?  Did I get that right?

By any standard, this professor should be fired and dismissed.   Of course, she won't be because of the massive double standard when it comes to talk about race.  I guess that the good news is what we will see in Virginia next week. Grace Slick is 80 and that's hard to believe.

She was the face of Jefferson Airplane, the legendary group from the 1960's that became Jefferson Starship in the 1970s.

Her most controversial performance was "White rabbit", a song with a reference to drug use.
P.S.  You can listen to my show.  If you like our posts, please look for ”Donate” on the right column of the blog page.

Jim Perry was the other good pitcher in the family.  His brother is Hall of Famer Gaylord Perry.