Early voting and other stories with George Rodriguez

Early voting and other stories with George Rodriguez 10/14 by Silvio Canto Jr | Politics:

Wednesday’s video: Democrats overflowing with hatred in the hearings

The corruption of language continues 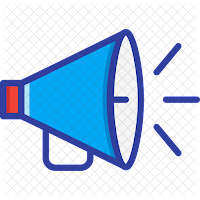 For years, I've understood what court-packing means and that it blew up in President Roosevelt's face in his second term.  I recall a history professor saying FDR's 1938 midterm disaster was partially due to voters saying no to court-packing.

Nevertheless, the Democrats and some of their allies are saying court-packing is not court-packing.  This is from Brooke Singman:

"The only court-packing that's going on right now is going on with Republicans packing the court now, it's not constitutional what they're doing," former Vice President Joe Biden said. "The only packing going on is this court that they packed now by the Republicans."

So court-packing now means filling vacancies in the Judiciary.  Was that President James Madison jumping in his grave?

The Democrats are in this bind because then–majority leader Harry Reid changed the rules.  He was hoping to use the new rule to fill the courts with Obama appointments.  Unfortunately, the 2014 midterms and 2016 presidential election upset the plan.  Also, Justice Ruth Bader Ginsburg calculated that she could hold on and be replaced by President Hillary Clinton.  She bet wrong and is being replaced by President Trump.

Well, life is unfair, as a famous man said!

From not distinguishing the difference between illegal and legal immigration to now redefining "court-packing," the Democrats are engaging in a massive corruption of language.  Where are the media when we really need them?