Wednesday and a look at front page stories with Michael Prada 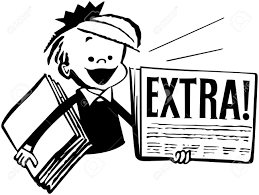 We will look the mess in Venezuela.....it seems like the whole country is marching against Maduro........the Trump administration is talking tough all over whether it's Russia, Syria, Iran.......many people voted for Trump because he'd stay out of these conflicts......and a few more thoughts about the immigration march in Dallas that drew a small crow......and more stories............

Source: Blog: ‘La marcha’ that wasn’t mega
For weeks, we’ve been hearing about the Dallas immigration megamarch.
On the day before Sunday, they told the marchers to bring American flags and promote red, white, and blue values. No foreign flags, “por favor”!
Well, Sunday came and the march wasn’t mega. They brought U.S. flags but not enough people showed up at all.
The local reports were not very encouraging:

The turnout was far smaller but more diverse than the crowd that gathered 11 years ago at the first Mega March for immigration reform.
Protesters walked across downtown, from the Cathedral Shrine of the Virgin of Guadalupe to City Hall Plaza.
There, speakers addressed an audience police estimated at 3,200.

The Dallas Observer was more blunt: “Dallas’ “Mega March” An Enthusiastic Bust.”
We were told that the march was more diverse, i.e. refugee issues, health care, jobs, refugee ban, etc.
The lack of a crowd should sting the Democrats. They probably thought that this march would turn into another display of “Anti-Trumpisms”. Well, that didn’t happen the way the leaders had planned.
So far, I’ve heard a couple of explanations for the march’s low turnout:
First, a retail business owner told me that many people thought that the organizers were immigration attorneys looking for business; and,
Second, the diversity (i.e. refugee issues) did not click with many people more interested in immigration reform rather than the refugee ban.
My own theory is that the community is very disenchanted with Democrat leaders. After all, didn’t they have the votes to pass immigration reform in President Obama’s first term and did not?
We will never know the full reason. We do know that excessive promotion did not excite an area that turned out in huge numbers in 2006 and 2007.
So much for the mega march of 2017! Maybe it’s the end of marches, period.
P.S. You can listen to my show (Canto Talk) and follow me on Twitter
Tags: La marcha in Dallas  To share or post to your site, click on "Post Link". Please mention / link to the My View by Silvio Canto, Jr. Thanks!
Posted by Silvio Canto, Jr. Post Link ---> 8:00 AM

The story of beer....and more beer!

Guests: Leslie Eastman joins me for a special show about beer. In honor of the upcoming Father's Day, we are going to talk about beer with fellow SLOB and Coors Beer masculinity expert Barry Jacobsen and Vice President/Brew Master of the Manzanita Brewing Company, Garry Pitman.......