A Little 'Scottish Fever' in Europe? 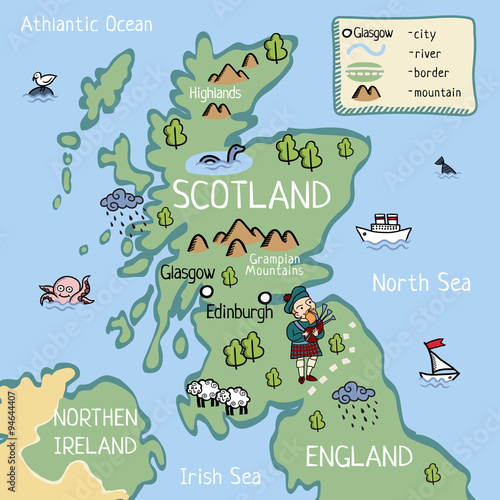 We are all following the Scottish independence movement.  It's interesting and a pleasant distraction to some of the issues on the table. After all, no one is getting killed in Scotland and the U.S. can watch this one from the bleachers.

There are concerns about this independence movement moving beyond Scotland into places like Spain, where there are already secessionist attitudes in Catalonia.

The concerns are real, as we read from Danny Kemp:


"The prospect of Scottish independence is raising fears in Europe that it could inflame other separatist movements at a time when the continent's unity and even its borders are under threat, analysts say.
While nationalists from Catalonia to Flanders will watch Scotland's referendum with hope, Brussels is nervous about the possibility of a major European Union member like Britain falling apart.
The fear of contagion spreads as far as the EU's eastern frontier, where the Baltic countries worry that Moscow will back their ethnic Russian citizens who could then claim more autonomy.
But while the EU might initially make life difficult for a new Scottish nation, it would most likely allow it to join the bloc eventually, experts said.
"It is a very difficult situation for the EU if Scotland becomes independent, it really is," Pablo Calderon Martinez, Spanish and European Studies fellow at King's College London, told AFP."

My conversation with Europeans, specially Spanish from Catalonia, is that these independence movements are really about the economic mess in Europe.

It's a way of having more local control over issues like the EU, the euro, and how taxes are spent.

Many people in Europe feel that they've lost sovereignty to continental institutions, like the EU, or unaccountable bureaucrats.

Let's see what happens in Scotland.  However, I would not be surprised if more regions of Europe call for independence. Again, it's about people who want more and more control of their daily affairs and business.