Be Smart about Sending Money to Central America

President Obama has proposed "an aid" package to Central America in the 2015 budget, or about $1 billion.

In general, I agree with anything that promotes Central America, a poor region devastated by cartel violence and local governments that can't stand up to lawlessness.

The net result is the kind of desperation that drives people across Mexico and to the U.S.

The Boston Globe describes the aid in today's editorial:

"The initiative, dubbed the Alliance for Prosperity and included in President Obama’s proposed budget, represents almost three times more funding than what the region typically gets in aid from the United States.
It’s an investment worth making.
“Compared to what we give globally, to less strategically important places given the fact that migration issues come from these countries, it’s a fantastic step forward,” notes Jason Marczak, a Latin America expert at the Atlantic Council.
The plan takes a comprehensive approach and focuses on development assistance with three major objectives: to provide greater economic opportunities to Central Americans, to strengthen public institutions and governance in the region, and to ensure the safety of its citizens.
In other words, the aid initiative doesn’t just focus on supporting police and military, like other big Latin American aid packages such as Plan Colombia and the Merida Initiative.
This plan intends to tackle conditions on the ground, including issues like community-based violence, the lack of rule of law, and the high levels of inequality and poverty."

Yes, a stable, and hopefully prosperous region, is the best medicine to keep people home.

Again, I agree with the idea but have a few suggestions:

1) Let's not give anything. I would favor more "loans to entrepreneurs" so that they can create jobs. These loans should be handled by the U.S. Embassy or a U.S. agency in the region. The money should not go to the local government with the expectation that it will be "loaned" to locals.

2) Central America has a terrible cartel problem. You can't invest in a region unless you kick the criminals off the streets.  Therefore, military aid must be a part of any assistance. Local governments must take back the street or people will continue to go north.

There are no easy answers for Central America. We can't fix all of their problems. At the same, we can't sit in the bleachers and watch because the Central Americans show up at our border.

The Answer to ISIS is Midnight Basketball 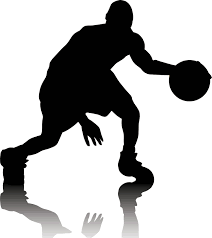 The Obama White House has tried another explanation for the ISIS threat. I guess that ISIS taking over more and more territory and beheading people is just the latest version of "it's the economy stupid".

Please check this out:

"What the West really needs to take on the Islamic State is... a jobs program.
That's what a top State Department spokeswoman suggested when asked in a TV interview Monday night about what the U.S.-led coalition is doing to stop the slaughter of civilians by Islamic State militants across the region.
"We're killing a lot of them, and we're going to keep killing more of them. ... But we cannot win this war by killing them," department spokeswoman Marie Harf said on MSNBC's "Hardball." "We need ... to go after the root causes that leads people to join these groups, whether it's lack of opportunity for jobs, whether--"
At that point, Harf was interrupted by host Chris Matthews, who pointed out, "There's always going to be poor people. There's always going to be poor Muslims."
Harf continued to argue that the U.S. should work with other countries to "help improve their governance" and "help them build their economies so they can have job opportunities for these people."
She acknowledged there's "no easy solution" and said the U.S. would still take out ISIS leaders. But Harf said: "If we can help countries work at the root causes of this -- what makes these 17-year-old kids pick up an AK-47 instead of trying to start a business?""

This is beyond a lack of seriousness. Even Chris Matthews snapped!

This is the kind of thinking that will get a lot of Americans killed.

Wonder when they will suggest midnight basketball? We need to have these men put down their "machetes" and pick up a basketball.

So let's form the Kareem Abdul Jabbar League and get them to play pick up basketball!  We will all be "safe" after that!

A chat about Europe's social problems