The politics of California with Leslie Eastman & Dawn Wildman 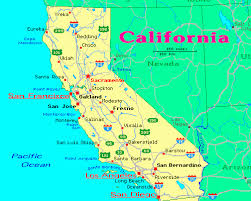 And he opposed the Reagan tax cuts too!

(My new American Thinker post)
Congratulations to Mr. Trump. It ain’t over but he definitely looks like the man who will accept the GOP nomination in Cleveland.
Mr. Trump will likely quote President Reagan often in his acceptance speech. He will go out of his way to paint himself as the “New Reagan in town” to borrow a line from the Eagles.
Sorry — I ain’t buying it.
Let me paraphrase a great line from a presidential debate: I voted for Ronald Reagan, I volunteered for his 1976, 1980, and 1984 campaigns, and you, Mr. Trump are no Ronald Reagan.
Trump is the anti-Reagan in so many ways, as we see in this one from Guy Benson:

Trump called Reagan’s tax cuts an “absolute catastrophe for the country,” demanding that income tax rates be raised as a means of spurring investments in his industry.
After all, the new policy rendered the US “no different than the Soviet Union,” or something.
He added that slashing the top rate to 25 percent was a “disaster.”
Say, under Donald J. Trump’s current (fiscally incoherent, deficit-exploding) tax plan, is he proposing to reduce the top income bracket tax rate, perchance?  He is, as a matter of fact — to, ahem, 25 percent, while also pushing nonsense spending cuts, insisting on “building up” America’s military (while also cutting defense spending), and rejecting entitlement reforms that are mathematically necessary to curb the biggest drivers of our long-term debt.
But Mr. Trump believes in tax cuts now, which is all that matters, Trump defenders will argue.
Except he just got through ripping Scott Walker for notraising taxes in Wisconsin in order to close a non-existent deficit.
People are welcome to believe that Trump has claimed the Reagan mantle (even as he misstates 1980 polling lessons) and would govern as a reliable conservative.  But that leap requires a blind faith that ignores his long history of liberalism on virtually every major issue.
Remember, if Trump had gotten his way, Reagan would never have been president in the first place — so those “catastrophic” tax cuts wouldn’t have been instituted.
Anyway, there’s your frontrunner, Republicans.

Yes, and he has the same position on Iraq WMDs as Michael Moore. And he gave money to The Clinton Foundation.
May God bring us many ballots in Cleveland. And lots of polls showing that Trump loses to Hillary Clinton in New York and the general election.
And may the Gods of common sense put some of it back in this party about to throw the baby out with the water in the name of electing someone who’s gonna shake things up.
P.S. You can listen to my show (Canto Talk) and follow me on Twitter.
Tags: Trump and Reagan To share or post to your site, click on "Post Link". Please mention / link to the My View by Silvio Canto, Jr. Thanks!
Posted by Silvio Canto, Jr. Post Link ---> 6:30 AM

New York the day after with Barry Casselman, The Prairie Editor

We have not seen a lot of Fidel Castro since 2006.  Once in a while, he greets a foreign leader or shows his face at a rally.   This week, Fidel Castro spoke to the Communist Party and it sounded a lot like a man saying goodbye.   This is from The New York Times:

“Soon, I will be 90,” said Mr. Castro, 89, who spoke in a strong but rasping voice at the close of a four-day party congress in Havana, according to official press reports. Mr. Castro’s birthday is on Aug. 13.
“Our turn comes to us all,” added Mr. Castro, who made his longest public address in years clad in a blue track jacket, “but the ideas of Cuban communism will endure.”
While Mr. Castro seemed to take his leave on Tuesday, others in his cohort signaled their intentions to stay put. The Communist Party announced that Mr. Castro’s brother, President Raúl Castro, 84, and the president’s hard-line second-in-command, José Ramón Machado Ventura, 85, would continue to lead the party for at least part of another five-year term.
Their re-election indicates that despite a dramatic shift in relations with the United States and tentative economic changes, the leaders of the Castros’ generation are in no hurry to make room for new blood. It is a blow to younger Cubans who are eager for a more pluralistic system led by people closer to their own ages and unencumbered by socialist orthodoxies.
Cubans are leaving the island in record numbers, tired of waiting for change and worried that better relations with the United States, while creating new economic opportunities, will end the privileges that make it easier to migrate.

They don’t do instant polls in Cuba or put them on the Cuban version of Drudge.   However, my guess is that people in the hall were politely listening and most young people outside were tuned in to a Miami hip hop station.
Castro’s message was to call on Cubans to keep the faith.   However, the reality is that “la revolucion” is broke and desperately looking for US tourists to provide the cash flow to pay bills and keep Castro Inc going another year.
Castro will probably die soon, or so he told the country.  My good guess is that he never thought that a museum to him, and “la revolucion”, would be surrounded by a McDonalds, Office Depot and young Cubans texting non-revolutionary messages to each other.
Fidel Castro’s revolution failed miserably.   I remember today all of those executed or put in prisons for saying that “la revolucion” would fail!
Go die soon Fidel.    There is a very warm place waiting for you on the other side!
P.S. You can listen to my show (Canto Talk) and follow me on Twitter.
Tags: Fidel Castro To share or post to your site, click on "Post Link". Please mention / link to the My View by Silvio Canto, Jr. Thanks!
Posted by Silvio Canto, Jr. Post Link ---> 12:01 AM