Monday's video: The NFL and Trump

The NFL players controversy, Senate GOP and other stories

Be careful who you donate to 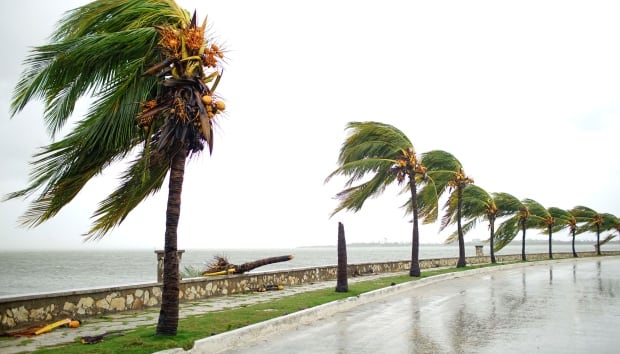 Let me tell you a quick story. My father’s younger brother left Cuba and ended up in Puerto Rico where he set up a architectural firm. Therefore, two of my cousins were born there. So I have a very close connection to that island that gave us Roberto Clemente, Orlando Cepeda, and more recently Ivan Rodriguez.
The damage suffered by Puerto Rico in the recent hurricane is awful but Cuba could be worse. Unfortunately, the state-run media in Cuba does not allow the same kind of exposure of the damage that we see in Puerto Rico or even in Mexico. All we know is that Irma sat over Cuba for days and the pictures tweeted are awful.
Naturally, the Cuban government is looking for money. However, we warn you to think before you donate a penny, as we see in this report in the Miami Herald:

After Hurricane Irma’s devastating 72-hour pass through northern Cuba, the Cuban government took a novel approach to storm relief: It posted a Cuban bank account number on social media where humanitarian donations can be sent.
Even though the Cuban Foreign Ministry helpfully provided the SWIFT transfer code to facilitate donations to an account at the government Banco Financiera Internacional, U.S. humanitarians should think twice.
While people around the world can use the bank transfer method, it isn’t advisable for U.S. citizens.
“The embargo would make this unavailable to U.S. citizens,” said Robert Muse, a Washington lawyer. Embargo law is designed “to prevent direct contributions of money to the Cuban government.”

And that’s the problem. We don’t know how the Cuban government, or Castro family, will use these funds. They may use some token amount to build a bridge here or there and then put the rest into Castro Inc!
My suggestion is that you avoid direct payments to Cuba but rather donate to churches or international relief organization with a good reputation. I’m not going to give any names but you can do your due diligence.
Most of all, do not send money to the Cuban government.
Irma the hurricane was devastating to resorts and Castro Inc joint ventures with international companies. Let these companies and Castro Inc put their money to restore the hotels.
P.S. You can listen to my show (Canto Talk) and follow me on Twitter.
Tags: Irma the hurricane and Cuba To share or post to your site, click on "Post Link". Please mention / link to the My View by Silvio Canto, Jr. Thanks!
Posted by Silvio Canto, Jr. Post Link ---> 7:00 AM