Wednesday’s video: Columbus bashing but nothing about China

Columbus bashing but nothing about China

P.S.  You can listen to my show (Canto Talk).  If you like our posts, click send, and drop a dime here 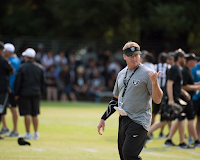 According to the latest from "the cancel culture," Jon Gruden wrote some mean things about ten years ago.  This is the story:

Gruden, who was in the fourth year of a 10-year, $100 million contract, released a statement following the decision to resign.

"I have resigned as Head Coach of the Las Vegas Raiders," Gruden said. "I love the Raiders and do not want to be a distraction. Thank you to all the players, coaches, staff, and fans of Raider Nation. I'm sorry, I never meant to hurt anyone."

Okay.  He did write some awful things.  At the same time, I never heard of a black player complaining about the coach.  On the contrary, he was a good coach and won championships.

Wouldn't it make more sense to resolve these "10 year old emails" by apologizing and moving on?  Yes, an apology should have been the ending of this episode.

Who is next?  Who is holding some emails out there and planning to drop them on Twitter?

It makes me wonder if Clark Kent, the fabled journalist at the Daily Planet, is next on the cancel list.

Why Clark?  Well, it turns out that DC Comics has now confirmed that the son of Superman is gay.  Yes, our favorite Man of Steel, faster than a speeding bullet, had a baby with the pretty Lois Lane.

And Superboy grew up to be gay.  Can these people be more predictable?  The new Superman 2021 falls in love with a male reporter.  Wonder if his name is Don Lemon?

So is someone going back to the original series to find out what "homophobic" comments were featured on the show?  Maybe there's a dialogue somewhere about Superman wishing for Superboy to grow up and be just like Dad!

I'm sure that they will find some line from the comics or the TV series to prove that the show should be canceled.  After all, how can a white male who thinks Lois Lane has a nice figure survive in this crazy culture?

In the meantime, our cities are torn by crime, our border is overwhelmed, and China is talking Taiwan.

For sure, the new Superman 2021 will talk about systematic racism when he is flying "loverboy" around the clouds.

As any baseball fan knows, the 1975 World Series was one of the greatest ever, from Carlton Fisk to Pete Rose to Johnny Bench to Joe Morgan.  It was also a great story about a father and his son.
Today, we remember Luis Tiant.  He won 229 games in the majors.  He also led the A.L. in ERA in 1968 and 1972.  Along with Juan Marichal, he was one of the best right-handers from Latin America.
We also remember his father, one of the best pitchers in Cuban history and the Negro Leagues.  Luis Sr. pitched in the U.S., Cuba, the Dominican Republic, and Mexico, as well as touring with teams from 1926 through 1948.  Unfortunately, he never got to play in the Major Leagues.
Many years ago, a proud father watched his son pitch a World Series beauty, a brilliant 6-0 shutout against Cincinnati in Game 1 of the 1975 World Series.  He did it against a lineup that included Pete Rose, Joe Morgan, Johnny Bench, fellow Cuban Tony Perez, David Concepción, George Foster, and a few others.  They were called The Big Red Machine for a reason!
Tiant came back and won Game 4 with a complete game that featured 163 pitches!  He started Game 6, after a few days of rain, but did not get a decision.  That was the game where Carlton Fisk hit the H.R. in the bottom of the 12th.
And we recall that his father died in 1976.  It must have been a very emotional moment to catch his son pitching in the Major Leagues for the first time!
P.S.  You can listen to my show (Canto Talk).  If you like our posts, click send, and drop a dime here.
Posted by Silvio Canto, Jr. Post Link ---> 12:01 AM