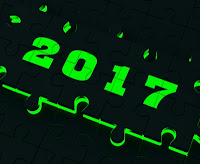 
We remember the life and times of Barry Goldwater, who was born on this day in 1909.........plus a couple of 2017 resolutions, such as fixing the VA for the benefit of veterans who deserve better........plus addressing the problems with education by giving parents more options than their local public schools...........and other stories......
Tags: Reforming the VA, school choice, Barry Goldwater To share or post to your site, click on "Post Link". Please mention / link to the My View by Silvio Canto, Jr. Thanks!
Posted by Silvio Canto, Jr. Post Link ---> 8:00 PM

(My new American Thinker post)
During the campaign, Mr. Trump promised to fix the Veterans Administration. Well, it’s time to get started, as IBD tells us in this recent editorial:

News headlines this week screamed about how President-elect Trump is considering a plan to partially privatize the Veterans Health Administration. Did nobody read his campaign website during the election?
In July, Trump issued his 10-point plan to fix the VA. Number 10 on the list: “Mr. Trump will ensure every veteran has the choice to seek care at the VA or at a private service provider of their own choice. Under a Trump Administration, no veteran will die waiting for service. These days are over starting January 2017.”
At the time, we wrote that, while Trump’s plan wasn’t full-fledged privatization, it would “move the veterans’ health program decidedly in the right direction.”
Let’s be clear that what Trump is proposing would not take anything away from veterans. It wouldn’t cost them more. It wouldn’t deny them treatments. It would only expand their range of choices of doctors and hospitals. And it would be part of a plan to inject much needed accountability into the VA.

The bottom line is that veterans deserve better than what we have now.
It’s silly to get all hung up on a partisan debate about privatization, as we did back in 2005 when President Bush put solutions on the table regarding Social Security reform.
Does any serious person believe that we are doing the best to take care of veterans? We can call it whatever we want but I want results not partisan cheap shots.
We have to do whatever it takes to improve service and treatment to people who put their lives on the line. These people served so that we can have these partisan debates.
So the first resolution for 2017 is to fix the VA and take care of the veterans. What more noble objective is there for the new year?
P.S. You can listen to my show (Canto Talk) and follow me on Twitter.
Tags: Reforms and the VA To share or post to your site, click on "Post Link". Please mention / link to the My View by Silvio Canto, Jr. Thanks!
Posted by Silvio Canto, Jr. Post Link ---> 10:30 AM