The week in review with Bill Katz, the editor of Urgent Agenda 06/23 by Silvio Canto Jr | Politics:

Guest: Bill Katz, the editor of Urgent Agenda.......What's next with Iran? What about those immigration raids? President Trump is off and running for reelection 2020.....Former VP Biden and his past.....The Democrats ready to debate.....Concentration camp talk and a challenge in the Bronx for AOC?.....Happy # 79 Justice Clarence Thomas confirmed in 1991......and other stories......

Sunday’s video: I’m willing to give President Trump the benefit of the doubt over the decision to pull back on Iran

Sunday’s video: I’m willing to give President Trump the benefit of the doubt over the decision to pull back on Iran.....let’s see what happens over the next few weeks...... pic.twitter.com/C3j641RhFp
— Silvio Canto, Jr. (@SCantojr) June 23, 2019

Trump is a master at setting up traps for Democrats 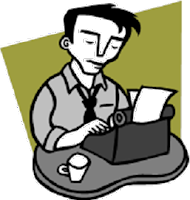 A few days ago, President Trump tweeted about rounding up illegal aliens and deporting them.  It provoked a reaction, to say the least.  It caught me by surprise, especially how vague the message was — i.e., are you talking about deporting 11 million people?
After thinking about it, I came to the conclusion that President Trump was focusing on two groups of illegal aliens: criminal elements hiding in sanctuary cities and those who are not obeying deportation notices.
Now we see media reports that the raids begin on Sunday:

Immigration agents will target Miami, Atlanta, Chicago, Baltimore, Denver, Houston, Los Angeles, New Orleans, New York City, and San Francisco this weekend, sources from congressional offices and U.S. Immigration and Customs Enforcement told the Miami Herald.
Earlier this week, a Trump administration official confirmed that ICE will specifically target for deportation as many as 1 million people “who have been issued final deportation orders by federal judges yet remain at large in the country.”

So ICE will pick up people who choose to disobey a court order?
The Democrats, who choose to, will now have to defend people in the country who don’t obey court orders.  I wonder how that’s going to play with the people in their districts who have to obey court order?
Also, these arrests will take place in “sanctuary cities.”  Are the Democrats going to criticize federal agents arresting people violating the law?
It’s a good move in defense of the rule of law.  It’s a brilliant move in continuing to define the Democrats as pro–illegal immigration, in support of sanctuary cities, and calling out ICE agents doing their jobs.
Again, I wonder what Democrat presidential candidate will take the bait and go right into the trap.  Probably all of them!
PS: You can listen to my show (Canto Talk) and follow me on Twitter.
Tags: Trump is a master at setting up traps for Democrats To share or post to your site, click on "Post Link". Please mention / link to the My View by Silvio Canto, Jr. Thanks!
Posted by Silvio Canto, Jr. Post Link ---> 6:19 AM