Tuesday’s video:
School districts and mask mandates
Click to watch:
P.S.  You can listen to my show (Canto Talk).  If you like our posts, click send, and drop a dime here.
Posted by Silvio Canto, Jr. Post Link ---> 10:30 AM

Didn't Obama realize that the photos would go viral? 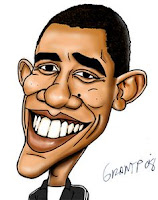 Turning 60 is a nice thing and we hope that you had a good time with Michelle and the girls.

I do have a couple of questions:

Did you have to do it at your mansion and show the word how profitable your post-presidency has been?

Why not hold a party in Chicago and remind the world that you got your start as a community organizer?  Don't you have a presidential library there?

The whole party at the big house reminded me of that scene from "It's a wonderful life" when a young George Bailey sees a carriage bringing Mr. Potter to the office.    "Is that a king?" or George said something like that.

Has any former president held a birthday party like this before?  I don't recall.

The party itself was an ego trip of egotistical proportions.  How many Americans relate to the photos that they saw or understand a mask less bash at a time that we're told that Delta is exploding from coast to coast?

The New York Post got some photos and it looked like more a movie star having a party than a lo president:

Gold napkins, masks and backstage passes were emblazoned with 44X60, a reference to the 44th president’s 60th birthday, and bathroom amenities included antiperspirant wipes, a lint roller and Advil, according to the pictures.

Beckham, who reportedly performed a version of his hit “Birthday B—h” for the prez — who was also sung to by Alicia Keys and John Legend, later posted about the party.

“Had to delete everything due to the rules,” Beckham reportedly explained. “It was epic for sure. If any videos surface it’s going viral. He danced the whole time. Nobody ever seen Obama like this before.”

Gold napkins for a birthday party?  I didn’t know that the federal stipend covered that.

Where is Dr. Fauci or Chuck Todd when we really need them?  They spoke about the bikers spreading but not a question about the party or the border.  Let's hope that AOC reminds everyone that there was a “little income distribution problem” at that party.