Blue state economics plus the Democrats have a "Tara" problem plus more 04/28 by Silvio Canto Jr | Politics:


The media and President Trump....'Blue state economics' can not be fixed by money alone........The Democrats and the Tara problem.....Clinton endorses Biden.....Stacey Abrams wants to be VP.....China and the virus....Howard Stern and Trump supporters.....other stories....
click to listen:

Tuesday’s video: Why the double standard about Tara & Biden....

Tuesday's video:
Why the double standard about Tara & Biden....
click to listen:

Who knew two months ago that we’d be shut down by a virus called Corona or that the Biden campaign would be brought down by a woman named Tara?
Tara and Corona — the two that no one saw coming.
Former VP Joe Biden has two choices.  He can “double down,” or he can step aside and take one for the party, as Liz Peek is recommending:

In this #MeToo era, Democrat officials could use that accusation to get Uncle Joe to withdraw from the race.
Why would that be good for Democrats? Because they know that Biden is a weak candidate who may be suffering cognitive decline and is not likely to beat President Trump in November. The inability of the former vice president to reliably string two sentences together is alarming and will only become more evident as the months pass.

Liz Peek makes a lot of sense.  But there may be a lot of unexpected consquences if “Uncle Joe” decides to go back to retirement.
First, who replaces him?  Do you think that the Sanders’ supporters are just going to sit in the bleachers and watch “the elders” of the party select a candidate?  I don’t think so.  They will walk out and go out of their way to hurt the party.
Second, who is going to persuade Biden?  He can wave polls that show that he beats the President.
Third, who gets the nomination?  Governor Andrew Cuomo?  Hillary Clinton?  John Kerry?  Beto O’Rourke?
It’s a mess and there are no easy choices.
No matter what, we are living in the year of the unpredictable, from Corona to Tara.
P.S.  You can listen to my show (Canto Talk) and follow me on Twitter.
Posted by Silvio Canto, Jr. Post Link ---> 6:41 AM 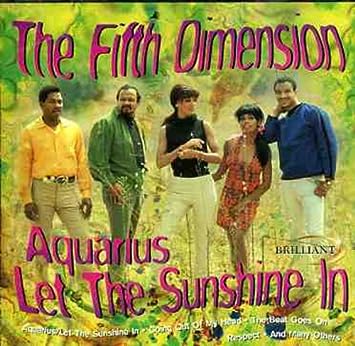 Who remembers the radio in the spring and early days of summer 1969?


I remember enjoying The Fifth Dimension.


They had a crisp and elegant sound. The group recorded some wonderful albums and songs. They had huge hits like "Wedding Bell Blues", "Stoned Soul Picnic", "One Less Bell to Answer" and "Up, Up and Away".


Most of all, they had Marilyn McCoo's lead vocals!


"Aquarius/Let the sunshine in" was the group's biggest hit. It was one of the biggest hits of 1969: